Growing up with a single mother and a sister, I spent most of my life feeling a bit intimidated and cautious around men. And the fact was, many of the stereotypes I’d heard about the male gender turned out to be true. Most of the boys and men I met were macho, tough as nails, and it was rare to meet a man I felt I could open up to and feel emotionally safe with.

Then I met my husband, and all that changed. He was candid about his feelings, and forthcoming about communicating his needs. His father was the same way, and I soon learned that there was a whole world of men out there who weren’t closed off, misogynistic jerks. What a revelation!

As I’ve learned from my husband over the years, men really do want many of the same things women do in a relationship. They want love and trust, to share their feelings, and to communicate and have their needs met. Yet this is clearly not the way many men present themselves, how they’re often portrayed in popular culture, or how many of us experience them in the world.

Men and Women Are More Similar Than You Think

I have often wondered if men and women are more similar than I grew up thinking, but that the cultural stereotypes so many men are inculcated with in childhood toughen them up and close them off. If you grow up being told that “boys don’t cry” and that you need to “man up” anytime you express an emotional need, you are likely to have more trouble communicating your needs in your adult, romantic and interpersonal relationships.

Studies show that men and women are, indeed, more similar than different — at least they start out that way. According to 2005 research conducted by psychologist Janet Shibley Hyde, men and women are similar in personality and other psychological variables, starting from childhood, including in areas such as communication, cognition, aggression, moral reasoning, and self-esteem.

So if men and women are so similar, why do men and women seem to have such different styles when it comes to communicating their feelings?

Research published in Psychology of Men & Masculinity suggests that gender norms play the largest role in male emotional development, more so than any pre-programmed biological imperative. “[M]en who feel they must rigidly conform to masculine gender norms are more likely to suppress emotions that make them feel vulnerable,” clinical psychologist Jill P. Weber explains, in her analysis of the study results. “These are the very emotions required for emotional intimacy with a romantic partner.”

What Men Really Want In Relationships

It really may not seem this way to most of us, but men desire many of the same things that women do in relationships. They want to feel heard and seen, they want to feel a deep sense of connection, and they want to be able to communicate all these wants and needs to their partners.

Many men want to show their “vulnerable” side, the parts of themselves that have been hurt and are raw, perhaps from slights mistreatment lingering since childhood. They want to have a safe space to let their guard down and be playful.

And what about sex, you may ask? While it’s true that men tend to think about sex a bit more than women, it’s actually not as large a gap as you might imagine. According to research from Ohio State University, college-age men think about sex roughly 18 times a day, whereas women do so about 10 times a day (it’s less for both genders as they get older, believe me!). The researchers found that it wasn’t just sex that men thought of somewhat more frequently: they also thought about food and sleep more. Go figure, right?

You also may be wondering about fidelity. Most of us assume that women crave commitment and faithfulness in relationships more than men. Not so, according to research compiled by author Wednesday Martin in her book, UNTRUE: Why Nearly Everything We Believe About Women, Lust, and Infidelity is Wrong and How the New Science Can Set Us Free. Martin found that in many instances, it’s the woman in the relationship who is less likely to want monogamy, and in some cases, who is more likely to be unfaithful.

How To Have A Great Relationship With A Man

OK, so now that you know men have the capacity and desire to be unguarded, emotionally intimate, and willing to communicate, what do you do if you find yourself in a relationship with a man who seems to want to have nothing to do with any of that?

First of all, it’s not your job to “fix” your partner or make them more like how you wish they would be. So if you are in a relationship with a man who doesn’t seem able to connect or communicate in a way that you need them to, remember it is not your job to make them be someone they are not. Sadly, “toxic masculinity” is so deeply ingrained in our culture that it can be difficult to pull even the most open-minded man out of it.

Give him a safe space to express his needs

However, starting with an understanding that, underneath all the machismo, is a vulnerable person who has many of the same needs you do, can be a vital first step toward a stronger, more enduring relationship. If you believe that men do indeed have the capacity for deep connection in relationships, you can pass some of that faith onto your partner and help him feel safe and confident enough to “go there” and express his needs or unleash any buried feelings.

Talk with him about couples therapy

But you can’t always do it alone. Couples therapy is a fantastic way to help men (and women) get in touch with their more vulnerable sides. Your therapist can provide a safe space for your male partner to let down his guard a little, and allow his true feelings to come out. Your therapist will also be able to teach you both more effective modes of communication.

I hope that as we become more aware of the cultural and structural biases built into our society — and our mindset regarding men, masculinity, and relationships — we will understand that when it comes down to it, we’re all just human. And in relationships, we all need the same things: love, empathy, commitment, and to feel safe to share our most raw, intimate selves.

Here Are the 8 Worst Pieces of Relationship Advice

What is Healthy, Respectful Masculinity? 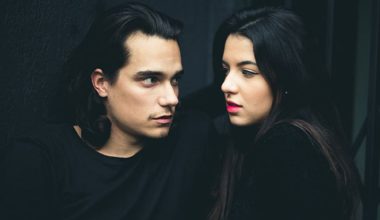 Read More
Published on: 15 May 2019
While it’s a cliche to say that every cliche contains a grain of truth, the common idea that… 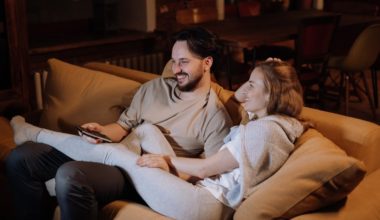 Read More
Published on: 11 Feb 2021
Valentine’s Day will look different for every couple this year, but as we abide by the COVID-19 guidelines… 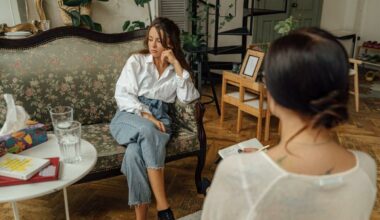 Clinically Reviewed by Elizabeth Keohan, LCSW-C
Imago relationship therapy (IRT) is a therapy technique that focuses on conflict in relationships. It claims that conflict…