Is Obsessing About Physical Health Undermining Our Mental Health?

I was a 50-year-old woman who faithfully went to the gym, occasionally practiced yoga, ate my veggies, didn’t smoke, indulged in maybe one glass of wine a week, and doggedly logged my 10 thousand steps a day. Imagine my surprise when late last year I ended up in the ER with “classic signs of female heart attack.”

After EKG’s, X-Rays, and comprehensive blood work, the doctors found nothing wrong with my heart or lungs. Pronounced physically healthy, I was instructed to see my primary physician if my terrifying symptoms (sharp pains in my chest, back, and jaw) continued.

The symptoms had almost completely subsided by the next morning, but my fear persisted, so I called my doctor anyway.  I went in for an examination, and once again, he found nothing physically wrong with me. Yet as we wrapped up the appointment, he asked me an off-handed question that turned out to be very instructive. “What do you think about all of this Harvey Weinstein stuff?” he asked me. I began crying and uncontrollably shaking, and went off on an odd digression about having gained 10 pounds in the past year. “The Trump Ten,” my friends and I would joke as we made frequent reference the Tina Fey “Sheet-Caking It” sketch on Saturday Night Live.

Ironically, we actually hadn’t been sheet-caking it at all. We were the most politically engaged we’d been since we’d started having kids a decade ago. There were marches and town halls and protests and post-card writing meetings … and there was the more recent camaraderie of the #metoo movement.

“This is a good thing,” my doctor echoed what my partner, a trauma therapist, had been saying to me for months. Ultimately, raising so much awareness is what we’ve been working towards. Yes it was good, but boy, was it hard.

In the midst of this tough year, I became obsessed with fitness and nutrition. I suppose it’s been an attempt to gain some control over my life. My head full of Body Mass Index (BMI) stats, I counted my steps, juggled a full-time day job with my son’s school/sports/social calendar, counted my steps, pounded it out at the gym, devotedly made nutritious meals for my family (who I feared would never make healthy choices on their own), counted my steps, food-prepped on Sundays, and then counted my steps some more.

Something had to give. My doctor suggested several immediate changes. First, we switched my antidepressant medication to one more “weight neutral.” He reasoned that the drug I’d been on for decades may have stopped working as effectively and, now that I was menopausal, keeping the antidepressant weight gain at bay was harder. Second, he assured me that in middle age a BMI slightly over 25 just isn’t a huge deal. He advised that I try to squeeze in more yoga classes, and fewer calorie-blasting sweat-fests. Finally, he suggested I explore the idea of letting go of the rigid physical standards I had set for myself. “Try walking for pleasure?” he added almost sheepishly.

Wondering if anyone else I knew had experienced similar issues, I reached out to friends.

Karen, 52,  is an Associate Director at a major New York hospital. She manages to juggle this demanding job with a second career as a model and actress. Karen has always been one of my most physically fit friends. She even wrote a book about mindful eating! But last year she had a health scare.

“I was diagnosed with osteoporosis and I became obsessed with collard greens!” Karen, who has a family history of heart disease, was aware of some reports that taking calcium supplements may lead to arterial calcification. She was likewise nervous about consuming too much dairy which may cause high cholesterol. “So I ate my lowfat yogurt in the morning and then made collard greens (the veggie highest in calcium) part of my daily life.” Allegedly, she had to expend a lot of effort to transport the greens to work. “Those leaves are HUGE,” she exclaimed. “Sometimes the end of the day would come and I would realize I hadn’t had my freaking collards and then I’d stress. It’s 9 PM. Should I cook them now? Will that bother my digestion in bed? It went on and on. 2017 was my summer of collards!” Suddenly, Karen realized she was losing sleep from obsessing, and she didn’t really like collard greens anyway. “Broccoli is pretty high in calcium…” she explained. She is doing her best.

David, a 51-year-old marathon runner, had issues with “healthy” eating when he was younger. “I was obsessed with my juicer for a time and needed to have at least one glass of juice a day, often two or three,” David remembered.  “My juice of choice was romaine, apple and ginger. One day I had my fruits and veggies all washed and chopped and my juicer died. I went into a complete panic, packed up all my produce and took the subway from Brooklyn to the only juicing place I knew at that time, all the way uptown near Bloomingdale’s. I paid them to juice my stuff for me and thought, wow, I am nuts.”

David had another awakening in the 1990s after doing the Atkins diet. “I was constipated for two years. I once went a full week without a bowel movement. The day I went off the diet, the actual day I started eating carbs again, I was fine. I had willingly gone years without regular bathroom habits just to keep off a few pounds.”

“In middle age,” David said “I’ve learned to be kinder to myself. My goal is to be healthy not skinny. Sometimes being healthy means letting myself enjoy that slice of cake.”

Yoga teacher and alignment specialist, Elaine O’Brien, co-owner of 2nd Story Pilates and Yoga Studio in Queens, NY, agreed with David’s “kinder” approach. “If you’re concerned that your routine is too rigid, ask yourself a few questions,” Elaine offered, “Does my exercise program make me feel more at home in my body, or less? Is my fitness routine fatiguing or energizing? Does it take time away from my family, friends and interests, or does it help me feel more present in my life?”

As for me, the first thing I did when I left my doctor’s office was remove my fitness tracker. I committed to taking a month’s break from counting steps and was amazed at how free I felt! Four whole weeks of just walking without worrying about how many steps I was getting; 30 days without that nagging buzzing on my wrist if I wasn’t moving every 20 minutes.

When the month experiment was over, I decided to leave the tracker in the drawer. Now I wear pretty bracelets on my wrists and enjoy their jingling as my son and I hold hands on our walk to school. I focus on his face, his voice, the sights and sounds around us. I’m enjoying more yoga and loving the free time that comes with less frantic weekly food prep. So what if we order take-out a few times a week? No, I haven’t lost that 10 pounds, but I’ve lost four and maybe that’s enough.  I enjoy being a work in progress.

Checking in on Your Mental Health Resolutions 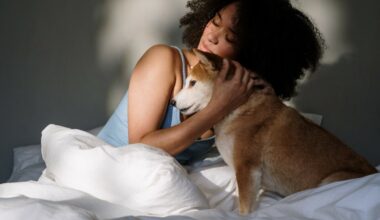 Clinically Reviewed by Meaghan Rice PsyD., LPC
In many senses, self care practice is exactly what it sounds like. It’s doing the things you need… 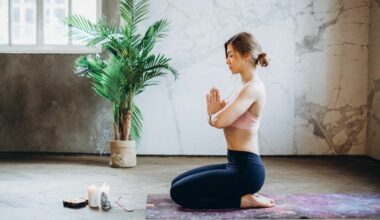 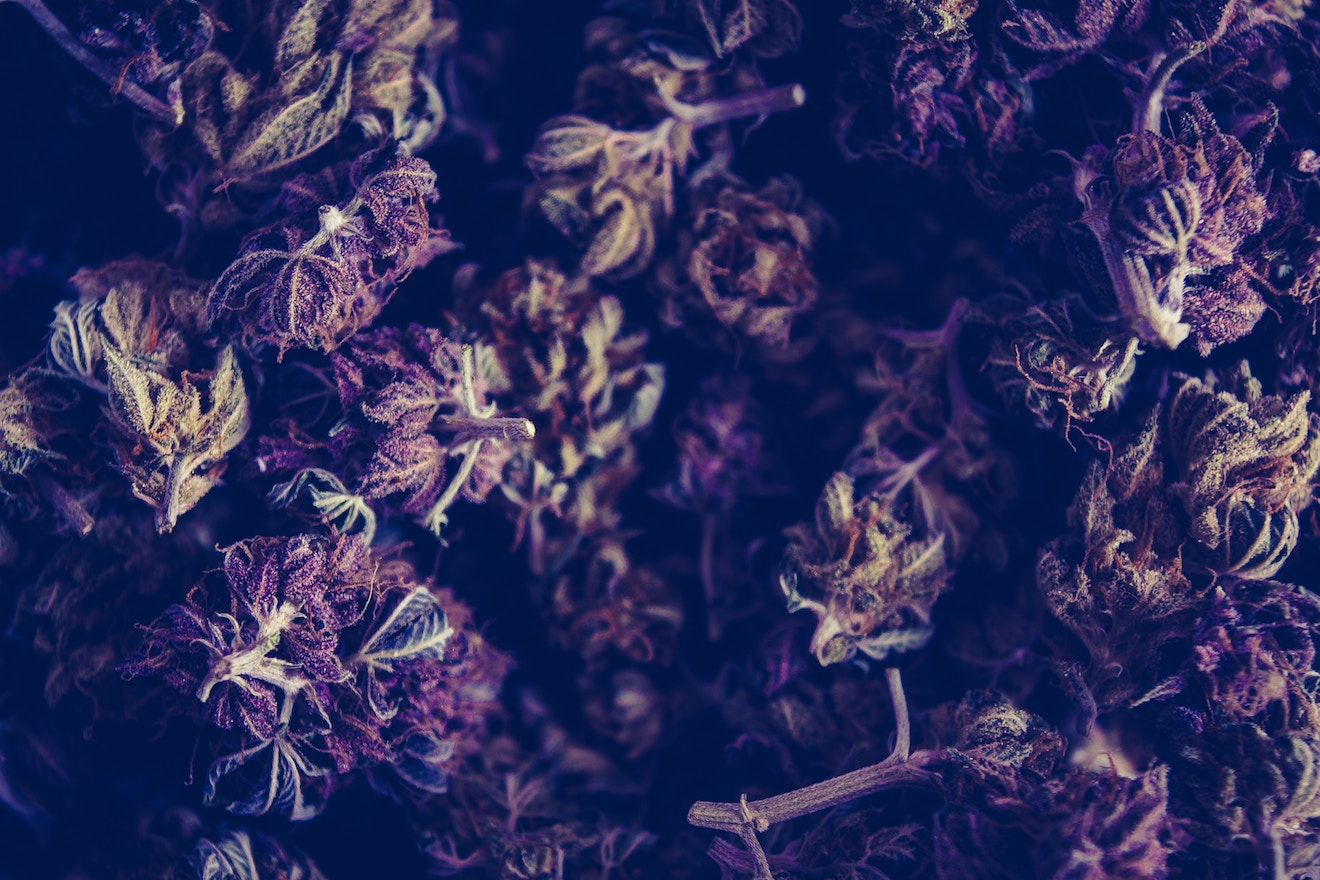 Read More
Published on: 22 May 2018
The following is intended for readers 18+ Many people who have mental health disorders such as anxiety and…