Holidays and Mental Health: My Family After One Year of Trump

The majority of us acknowledge the world’s precarious state. In fact, according the APA, a survey of 3,440 Americans found that 63% feel the “future of the nation” is a very or somewhat significant stressor in their lives.

Election Night 2016 was an intense and polarizing event for the vast majority of Americans. Last year many people saw their holidays soured by the state of the world and their fears for the future. Others were frustrated with their families for not giving then President-elect Trump a fair chance to prove himself and provide for the country. Most were simply exhausted from the politics of the past couple years, hoping for a reprieve from the constant arguments.

The political climate rapidly tore my own family apart. My mom has always been pretty socially liberal and compassionate — and raised me accordingly. Social issue voters seemed to have a clear option: Hillary Clinton, who I support wholeheartedly to this day. My mom, however, voted for Trump.

Last year, as the holidays came around, I was angry. I think a lot of us were. As a member of the LGBTQ community, I was afraid. My friends were calling me to ask for help, advice, guidance — the “How are we going to survive the next four years?” sort of conversations. In my mind, supporting someone who chose the incredibly homophobic Mike Pence as a running mate makes you anti-LGBTQ, no matter how much you pretend to be an ally. My mom, however, believed Trump would take care of our community.

When she came to visit, we ultimately found ourselves in an argument. As I tried to stand up for my community and she continued to insist we’d be OK, my heart broke. I felt unheard, unacknowledged, and even unloved. It’s hard to listen while your parents support someone who has passed legislation against you. Our argument ended her visit after only a couple hours. She walked out the door and got a hotel room for the night.

Now, one year later, 10 months into Trump’s presidency, I wonder what I’m supposed to do for the holidays. I can barely talk to my mom about anything other than how our days are going and the weather without it turning into a fight. We’re both outspoken and opinionated people.

I’ve been trying to figure out how to approach conversations with my family. I can’t sit by idly and fail the communities most in need by simply avoiding politics. Most of us don’t have that luxury in today’s social climate.

As an activist, I can’t stay quiet, avoid the tougher topics, and pretend everything’s OK. Nazis are murdering people in the streets, and others are dying of treatable and curable illnesses because they can’t afford to go to a hospital. Meanwhile, our entire planet is plunged into catastrophic climate changes and the United States is the only country refusing to uphold the Paris Agreement. This isn’t the time for silence.

At the same time, smalltalk feels like a safe space. There’s no controversy when we’re sitting around telling jokes and stories. We don’t have to fight. I don’t have to dread an argument that destroys our relationship.

I also know I’ll never change her mind. But I have to figure out how to make this a constructive time. Maybe she’ll recognize where I’m coming from and be more open to the criticism our president is facing. Maybe she’ll listen to more minority voices and take their opinions into consideration. Perhaps the solution to our problems is sitting right in front of us at the dinner table.

Since my parents came to visit me this week, I got to go for a test run before Thanksgiving. I brought back a couple observations that may help our country become a little less divided this season.

How Not to Talk to Your Conservative Family

I made a lot of mistakes. I tried to reserve my judgement but ultimately failed. I chose to ask questions, although they weren’t nice ones.

I’ve been terrified by the idea that I’ve lost my parents as they’ve gotten older. Moreso, I’ve been afraid we’ll grow even further apart and I’ll lose my connection with the last members of my family I still have a relationship with. What I wanted more than anything was a sign that my mom, the feminist survivor who raised me to be who I am, was still in there somewhere.

I caught my parents up with this year’s statistics regarding the gruesome murders of trans people and brought up the military ban. I told them about several of my trans friends who chose to serve in the military as a way to avoid becoming homeless when they were kicked out of their childhood homes upon coming out. I reminded them of Trump’s choice to speak at an anti-LGBTQ summit put together by the Family Research Council, a well-known hate group, and Pence’s long record of homophobia.

My mom was familiar, but my dad was not.

“I don’t watch politics or news,” he said.

I think that’s a symptom of being a straight, white, American man: your interests will nearly always be represented enough to keep you comfortable, whether or not you choose to pay attention. My mom defended Trump’s choice to speak at the Values Voter Summit, saying she watched the speech and didn’t interpret it the same way I had.

I asked what sliver of hope they see within our current administration. What tells them they made the right choice and elected someone who will stand up for all Americans? What can I take to my trans friends, my black friends, my Muslim friends, my DREAMer friends in this terrifying time? What do you see in our president that I’m missing? How do I deal with the mental anguish that comes with feeling so imperilled by what they see as a political opinion? They started talking about the wall along the border of Mexico, stricter immigration policies, the unemployment rate, and the stock market’s performance.

Can Anything Good Come From This?

Our problem became clear over the course of our conversation: humans have a wide variety of interests and priorities. We care about different issues.

It might be impossible to make progress when both sides of each issue are so passionately divided on a fundamental level. The only way to achieve understanding is to agree on what we, as a world, consider our top priorities.

My next conversation with my parents needs to go along those lines. First, I need to get into a state of mind that allows me to listen. I have to put my opinions, fears, and priorities aside.

Our talk should start with an apology for being unfair at times and a nod to my stubbornness. Then I can hopefully figure out where they’re coming from and what they most value. Maybe we can agree on some critical topics that have had Republicans and Democrats butting heads for the past decade.

Whatever side you may fall on, remember one thing this holiday season: everything is at stake and it is up to us, as people living in this world, to save ourselves and do what’s right for our mental wellbeing. Most of us are generally good and want what’s best for everybody. Maybe your family will be the one to find a solution.

How the Right Song Can Help You Manage Anxiety 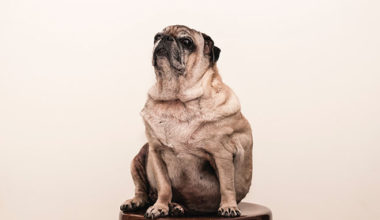 Read More
Published on: 01 Jun 2019
Sunny days, warmer temperatures, barbecues and pool parties are just a few things you might think of when… 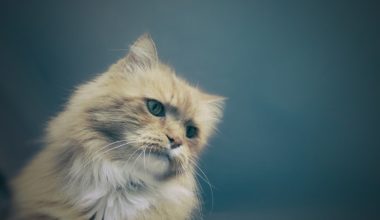 Read More
Published on: 14 Sep 2019
What does it mean to be pessimistic? Well, I come from a long line of pessimists and can… 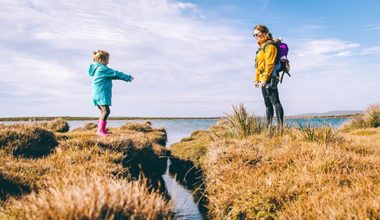 Read More
Published on: 10 May 2019
When I began to develop panic disorder in my late teens, it took me a few years to…