It’s been nearly four years since I left my ex-husband. When I think back to that time, I think about how naive I was, how foggy and confused. I had never heard of a personality disorder. I still believed that dangerous people would be easy to spot, that they came wielding chain saws and screaming, “I’m a dangerous person!”

Sigh. There was so much I did not know.

After abuse in my marriage escalated from emotional to physical, a friend suggested that I google “antisocial personality disorder,” which I did, and then I spent the next few weeks glued to the Internet. My learning curve was massive. I felt like a billion light bulbs had cleared the fog from my brain.

I found an online trove of information — acronyms, terminologies, descriptions of people who sounded exactly like my husband. Of course I knew my husband was often aggressive and irritable, acted without thinking first, and behaved irresponsibly at work and at home. Additionally, he was not friends with any of his ex-girlfriends, responded to stories about others’ pain with a disturbing lack of empathy, and — come to think of it — I had never witnessed him apologize to anyone in the six years we were together.

But the idea that my husband could have a personality disorder — one of the hardest to treat, one that is often referred to in popular culture as sociopathy — absolutely floored me. Though I was relieved that I had not been imagining his unsettling behaviors, I was also devastated because a personality-disorder diagnosis meant that my husband’s behavior would likely never improve without his own deep commitment to do so. Believe me when I say that he was in total denial.

If you’re involved with someone with sociopathic behavior, then you know this: going through a divorce with a person suffering from antisocial personality disorder is not like any other. People with this disorder are callously numb to others’ feelings; lack guilt or remorse after treating people in their lives poorly; and who are, in sum, highly abusive. They will act charming at the beginning of a relationship and then manipulate their partner once they’ve drawn them in, at which point they violate their partner’s boundaries with impunity.

Looking back, I had no idea what I was in for when I left my husband: police reports, restraining orders, custody evaluations, and supervised visitation requests to protect my children. The journey of leaving someone with antisocial personality disorder is a seemingly never-ending path of stress, exhaustion, grief, confusion, and fear. And for those of us who share children with someone who has this disorder, that stress, grief, and fear are magnified exponentially.

It’s important to note that psychologists and psychiatrists typically are not allowed to diagnose an individual without working with that person on a therapeutic level, and many people could exhibit some of the characteristics discussed here without fitting all the criteria to be diagnosed with antisocial personality disorder. Also important is being able to identify the relevant sociopathic behaviors your spouse has exhibited, recognize them for the abusive tactics they are, and take appropriate action to protect yourself and your kids and get your life back. So from one Solo Mom in the trenches to other women out there who are also in the trenches, here are some ways to keep your sanity while in the process of divorcing a sociopath.

Because of the aggression and violence that people with antisocial personality disorder typically unleash on the people around them, especially their spouse, children, or both it is very important that you seek out local and national organizations that can help validate the abuse and trauma you’ve survived; connect you with resources you may need, such as food, shelter, counseling, child care, health care, legal aid, and information about other appropriate social-services programs you may qualify for; and help you strategize what your postdivorce life will look like.

You can start by googling domestic-violence shelters, LGBTQ centers, organizations that help people with disabilities, any relevant religious or spiritual communities, and, if applicable, low-income health, immigration, and legal-aid clinics. It is very important to cultivate a network of professionals whose job is to help you create what is called a “safety plan” to figure out what steps you need to take to regain your autonomy and peace of mind. The National Domestic Violence Hotline, for example, offers a 24/7 hotline as well as an online chat system so if you still live in the same space as or are in close proximity to your abuser, you can seek help without your abuser knowing. These resources will be very important not only in leaving but also in thriving during and after the divorce process.

Record, Document, And Document Some More

When you are forced to orbit around someone with antisocial personality disorder, manipulation and gaslighting are par for the course. Documentation will become an important lifeline. Because my short-term memory had become so foggy from years of sociopathic abuse, during my custody battle I relied heavily on my Google Calendar and journal to remind me not only of what had happened in the years prior but also what was happening just a few days earlier.

If you’ve been down this road for a while, you’re aware of how onerous documenting is. It’s something extra to do on top of all the other tasks for which you’re responsible. It feels like the sociopathic person not only is manipulating you and your children but also infringing on your free time, your ability to relax and enjoy your life, and your brainpower. But whatever you do, keep documenting. Remember to take extra steps to keep this documentation private and away from the violence of your abuser as best you can. Make sure to reach out immediately to mental-health professionals, social workers, family members, friends, and anyone else you feel you can trust if at any time you feel like your life or the lives of your children are being threatened.

The unfortunate part of sharing children with a sociopathic abuser means you likely will find yourself back in court. And depending on the state of your abuser’s finances, you might be back in court often. Your job as the stable, responsible parent is to document every single time the abuser is late for visits, says manipulative things to your child on the phone, threatens anyone’s safety, or violates boundaries in other ways. Whether you choose to record your notes in a journal, send yourself an email, or make a voice recording, your documentation could prove essential to your future case. Also, check recording laws in your state. If you live in a “one-party consent” state, you can legally record phone calls and conversations in which you are also a participant.

Stick To The plan

Once you have made a safety plan for how you will be proceeding in the divorce and what you need to do to rebuild your life into something better (there’s a light at the end of the tunnel — I promise!), you will need this plan to be made of steel. A spouse with antisocial personality disorder thrives on controlling, dominating, and humiliating you, and therefore has already conditioned you slowly over time to relinquish more and more control over your boundaries while tearing down your self-esteem until you think you couldn’t possibly deserve better.

This toxic manipulation is all part of the plan to keep you under his or her thumb. So always, always, always stick to the plan. Don’t believe that this time your abuser has finally changed or “seen the light.” Don’t give in to the person’s taunts, tears, or promises for a better life. He or she has done enough damage already, and as hard as it may be to test out your newly established boundaries and flex your autonomy muscles, your life and your children’s lives are what matter now. If you don’t do this, your abuser will attempt to interpret and exploit any fuzzy boundaries to his or her benefit. Save yourself.

Sociopathic people feed on chaos and energy. As such, the sociopathic abuser will be looking to steamroll you at every opportunity. He or she will create mountains out of molehills, ignore court orders, delay filling out divorce forms and getting paperwork notarized in a timely fashion. Your abuser might refuse to communicate entirely (like mine) or send a dozen emails of rambling nonsense on a daily basis. As much as possible, find a way to let the small stuff roll off your back while forwarding any threatening and aggressive content you receive to your lawyer and all other pertinent people who are part of your safety plan.

The general rule of thumb when detaching from someone with antisocial personality disorder is to go “no contact,” which means exactly what it sounds like: no communication whatsoever. But when you’re in the middle of a divorce, especially if you share a child with this person, “no contact” is harder to achieve. As much as possible, refuse to engage. Insist on written communication only. The abuser will fight this (mine still does) because he or she knows it’s much easier to disorient someone over the phone or in person than via email. (Again, boundaries and documentation!) Stand your ground.

Embrace The Value Of Therapy

Healing from the effects of being dehumanized, gaslit, bullied, rejected, and threatened with violence takes its toll on even the strongest women. Making the decision to get support from a trained mental-health professional to help you through this rough time will be another indication of your wisdom, bravery, and commitment to centering your own needs after they’ve been on the back burner for so long. Therapy can take many forms — there is both online therapy or brick-and-mortar — and last for as long as you feel it’s beneficial, and many therapists even specialize in divorce as well as healing from abuse. Shop around for a good match, and let the catharsis and empowerment begin.

I know the idea of focusing on yourself sounds bananas. You, with a kid or two tugging at your pant leg. You, with a full-time job, an ex or soon-to-be ex determined to make your life hell, and a sink full of dishes. I get it — it’s hard for me to focus on me, too.

For those of us recovering from the toxic effects of sociopathy, we throw around the term self-care, but we often forget to explain what it means. I like to think of it as doing good by myself — treating myself kindly, as though I am my own child. If that means a chocolate bar in the bathtub after the kids have gone to bed, do it. If that means Monday-afternoon yoga class while the kids are at school, sign up. Knit a hat, write a story, go for a run, or scribble in an adult coloring book. It’s time for you to be your own best friend, advocate, and partner, all of which was denied to you for so long but which you so richly deserve.

The Stigma of Depression 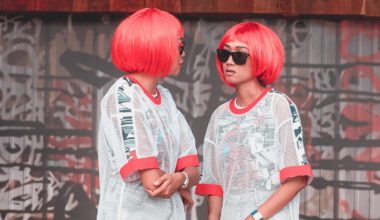 Read More
We see it all the time in movies, TV shows, with our friends, and maybe even with ourselves…

Read More
The following is intended for readers 18+ My wife is sick. Stage Four sick. I must hurry home… 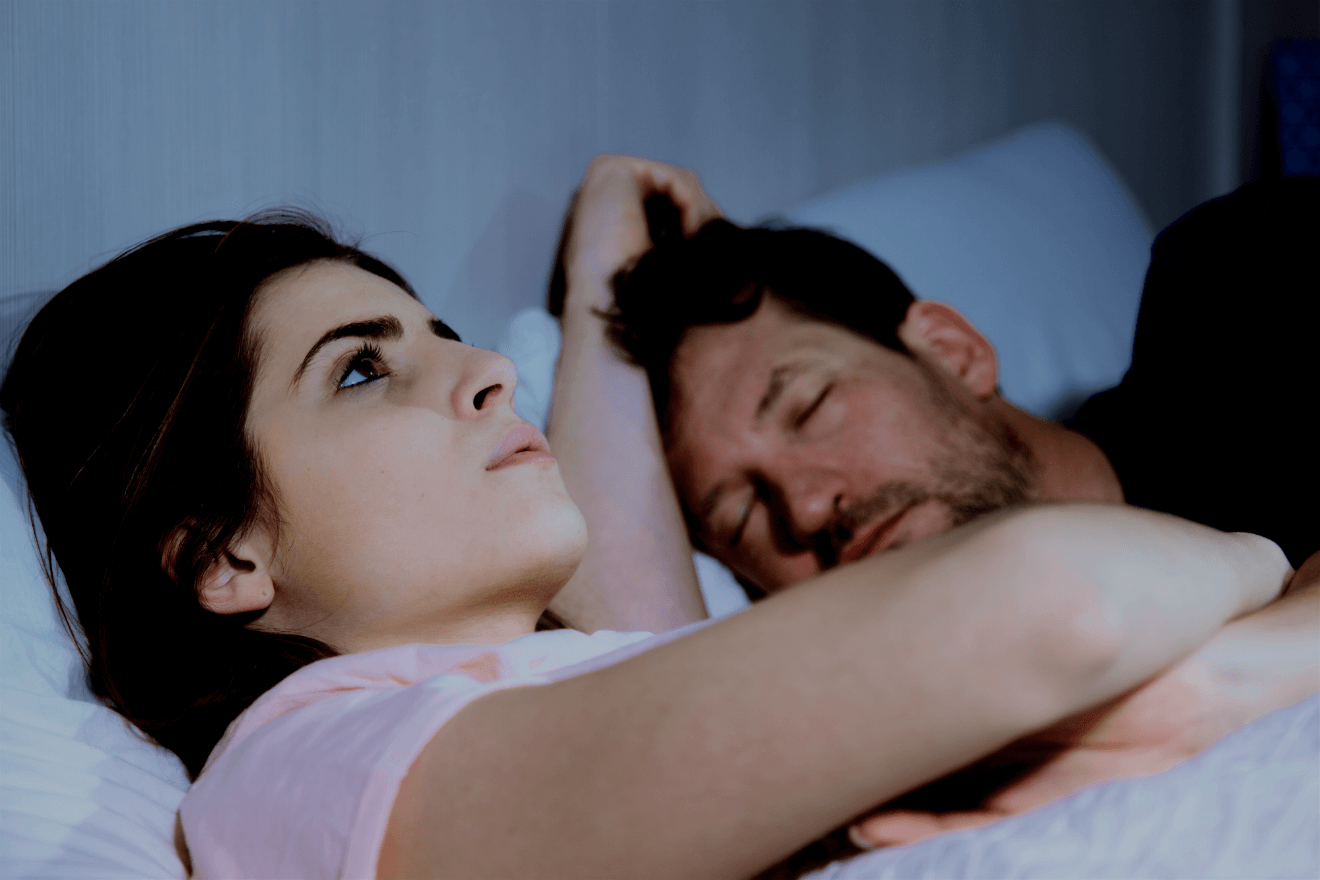