How Mixed Messages Undermine All Of Our Mental Health

Throughout the pandemic, we have been bombarded by mixed messages, opinions, and wild speculation. Whether it’s via news outlets, social media, or official government sources, much of the information we receive is conflicting.

Initially we were told wearing masks wouldn’t do much to protect us. Now, it’s a necessity. Can the virus spread outside or not? How long does it linger on surfaces? And that’s not to mention the fact that the president is increasingly contradicting his own medical and public health experts. Last month, in the face of millions of COVID-19 cases, he said the virus would “just disappear.”

Dr. Ashish Jha, director of the Harvard Global Health Institute said that “mixed messaging on masks and social distancing” was one of the contributors to the July spike in cases. Clearly, contradictory messages from the people we’re supposed to be able to trust are dangerous. But what about the effect on our mental health?

The Lack Of A Unified Message Leads To Distress

As we’re all painfully aware, we’re surrounded by uncertainty right now. We’re doing what we can to adjust to this new normal, but we don’t know how long it will go on, whether our job will be affected, whether we’ll get sick. Unpredictability is difficult enough, but being confronted with mixed messages at the same time makes it worse.

She explains that when there’s a gap between what we believe and what we’re being told, “there’s a tendency to feel as though the overwhelm is too great to find the hope, momentum, and energy that we might normally find.”

According to an article called “Mental Health and the Covid-19 Pandemic” published in The New England Journal of Medicine, Betty Pfefferbaum, M.D., J.D., and Carol S. North, M.D., M.P.E. write: “conflicting messages from authorities” is one of the “major stressors that undoubtedly will contribute to widespread emotional distress and increased risk for psychiatric illness associated with Covid-19.”

Being subjected to multiple, contradictory messages not only causes additional stress and sadness, it also impacts another, extremely important element of our psyche: trust.

Understandably, inconsistent information makes us feel frustrated and hopeless. We don’t know who or what to trust — and Rice says that leads us to pull away from others and then trust people even less.

When it comes to the question of who we can trust, Rice suggests “people who are, at a minimum, open to all incoming information, but have the highest likelihood of acting based upon solid evidence.”

“It’s best to combine sources, so [it’s] less about the actual information, and more about those people that have values in alignment with their current actions.”

Several countries have shown us the power of a unified front. New Zealand is one of them. Throughout the pandemic, prime minister Jacinda Ardern has taken a clear, open communication style by sharing regular updates with her citizens.

Ardern’s approach was researched by Dr Suze Wilson, a leadership scholar at Massey University. The study, Pandemic leadership: Lessons from New Zealand’s approach to COVID-19, concluded that a shared sense of purpose was established, which “minimized harm to lives and livelihoods.”

It stated: “Key leadership practices comprise the government’s willingness to themselves be led by expertise, its efforts to mobilise the population, and to enable coping, all of which serve to build the trust in leadership needed for transformative, collective action such as the pandemic demands.”

Rice says it would be ideal if here in the U.S., we were hearing only research-based scientific sources instead of everyone’s opinion, but admits that is not a realistic expectation.

“So we need to regulate how much information, if any, we let into our worlds. We need to be the ones to put a block on the information that leads to anxiety, depression, and anger — but then be willing to find sources that contribute to a healthier well-being.”

We Are In Control Of Our Own Perspective

It’s easy to lose faith when the people we elect to keep us safe have so badly misled us and violated our trust. But there is hope: we do have control over our own outlook.

Rice recommends basing our perspective on research-based evidence, rather than the speculations of other people. “Our mindset will certainly be less vulnerable to deviations with the former option,” she says.

Of course, it can be challenging to simply block out these opinions and conjecture when we’re bombarded by them at all times. Rice says setting firm boundaries is the answer.

That might mean strictly limiting your screen time and exposure to news. It might mean restricting your contact with family or colleagues who are triggering for you.

“We can increase categories that we do have control over like being more mindful, focus on our physical health and wellness, invest in the relationships that are important to us, and find more passion in work and school.”

If you’re struggling with the mental health impacts of mixed messages, consider speaking with an online therapist — it’s a convenient, affordable way to sort through the confusion of our present moment.

How to Find the Best Marriage Counseling Near Me

Cognitive Behavioral Therapy Near Me 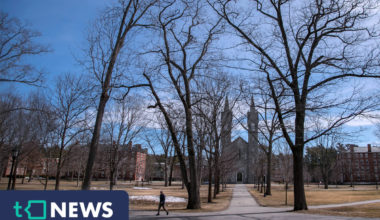 Clinically Reviewed by Reshawna Chapple, PhD, LCSW
In my last two months of college, I thought I would be cherishing time with my friends, tying… 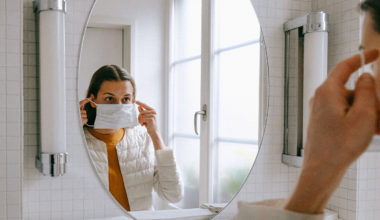 Clinically Reviewed by Reshawna Chapple, PhD, LCSW
If you’ve been working from home for the past few months, or have had to close your business… 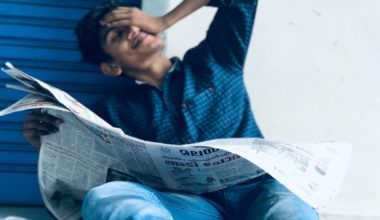 Clinically Reviewed by Ashley Ertel, LCSW, BCD
I stick an arm out from under the covers and feel around the nightstand for my phone. Morning…