How to Balance Staying Informed And Your Mental Health

I stick an arm out from under the covers and feel around the nightstand for my phone. Morning news notifications await me like tiny dispatches from Hell. There are headlines to skim, stories to read, podcasts to listen to, Tweets to panic over, and the Johns Hopkins Covid-19 death toll to check on. Someone in power did a very bad thing. Someone is a murderer. Someone signed something that spells the end of humanity, not to mention nature. Something exploded. Why were all those people packed into that public pool?

I’m awake for ten minutes and my body is already reacting to the helplessness-rage-fear cocktail I’ve imbibed. My heart pounds, my muscles tighten into knots. I have to get up, but what’s the point? Or maybe I should sleep more, but who can sleep?

Now more than ever, we are a nation of news junkies, and an internal battle wages through our waking hours: do we stay informed or preserve our mental health? Studies show that consuming the news can negatively impact mood, increase stress, and even cause trauma. Not that we need studies to convince us; after all, we live it. The news is everywhere. And though there’s little we can do about any of it, we keep clicking the headlines, pressing the bruise.

News is a Rabbit Hole

While tuning out completely is always an option, especially for anyone navigating a mental-health crisis, it’s not ideal for most of us most of the time. After all, choosing to be oblivious means excusing ourselves from helping, contributing, even empathizing. How can we protest, mobilize, donate, or stand in solidarity if we have no clue what’s going on? And then there’s the pandemic: these days, we feel we have to know, for our own personal safety, the latest updates from the CDC. And then, just in case, we want to hear from those who don’t trust the CDC. And then we have to know why they believe the CDC might not be reliable. But who wrote that story? Can we trust the source? Can we trust anything?

The rabbit hole is bottomless.

So — is it possible to stay well without sticking our heads in the sand? Is moderation a myth in this world where the 24-hour news cycle is designed to keep us tuned in and forever doom scrolling?

Cognitive scientist Jim Davies, author of Riveted, prescribes four minutes of news a day, if that. While that may sound extreme, he makes his case. “The news, even places like NPR or the BBC, have an incentive to get as many eyeballs or ears as possible,” Davies says. “News networks tend to put out what people will consume, not what’s important to know.” That’s as strong an argument as any for cutting down on news consumption: news doesn’t give us what we need; it only creates that illusion.

He points out that, because people have a negativity bias (we latch on to negative information), news networks put out negative news. That doesn’t mean the world is necessarily trending negative, but it’s difficult not to believe what we’re told when all the evidence points that way. “Because of the news, people wind up living in a terrible state of fear,” Davies says. “We hear about every grisly kidnapping, so we’re afraid of kidnappers, but kidnappers are rare. If you left your child on the side of the road, do you know how long it would take for him to get kidnapped? Seven hundred years.”

Activism Should Be Driven By Science

Davies recalls how afraid many were to fly after 9/11, when it was impossible to turn on the TV without seeing the horrific footage of the planes flying into the Twin Towers. “People stopped flying because it suddenly appeared unsafe,” he remembers. “But flying is safer than driving. In a few months, the increase of cars on the roads led to more additional deaths.” (In the year following 9/11, the number of traffic-related deaths exceeded the expected number by 1,600.)

Even activism, Davies points out, often grows out of whatever issues are dominating the news cycle. If the goal, he argues, is to make as large an impact as possible, activism should be driven not by the news but by science. Data should tell us where to put our money and energy. For instance, malaria might be the farthest thing from our minds these days, “but malaria is incredibly deadly and dirt cheap to prevent,” Davies says. “If you donate $78 to an effective anti-malaria charity, you will increase someone’s life for one year. What better activism is there than that?”

So it’s the news, not us, right? “Like the news, our thinking is incredibly biased, sensationalized, and dramatic,” says psychologist Amy Johnson, author of The Little Book of Big Change. “When the drama is thick, you can know that you’re hearing (on the news or in your own head) a ton of bias.” Both Davies and Johnson advocate for checking in with yourself while consuming news. “The tension in your body will often let you know when you’ve had enough,” Johnson says. “Consuming news beyond that point isn’t helpful for us or for anyone.”

Davies adds that we should all ask ourselves how we feel after watching or reading news. “Are you anxious?” he asks. “Are you worried? And how much new information did you get in that half hour? Probably not much.” He reminds us that while the news feels fast-moving, ever-changing, those minute-to-minute updates are usually more incremental than significant.

Becoming Aware of Our Own Reactions

Once we have taken steps toward awareness of our own mental and physical reactions to the news, we can take control of our consumption by setting boundaries and sticking to them. We can plan: disabling news notifications in our phone settings, dedicating a certain hour (or half hour, or four minutes) of each day to the news and otherwise avoiding it, and making careful, conscious decisions about the activism and philanthropy we engage in.

Remind ourselves that you’re not being helpful or an activist at all if you’re pushing yourselves beyond your limits and making yourselves sick. You can remove social media apps from your phone so you’re less likely to panic-check Twitter a thousand times a day. And then you can go outside.

Plan time each day to step away, go outside, and enjoy time truly unplugged. The news will still be there when we’re ready to dip in for a few minutes to get yourself back up to speed — it isn’t going anywhere.

Diana Spechler is the author of the novels Who by Fire and Skinny and of the New York Times column Going Off. Her work has appeared in GQ, Esquire, Harper's, Washington Post, Playboy, Wall Street Journal, BBC Travel, Harper's Bazaar, and many other publications.

Could COVID-19 Be the Thing That Actually Normalizes Mental Healthcare?

If You're Feeling Irritable During The Pandemic, You're Not Alone 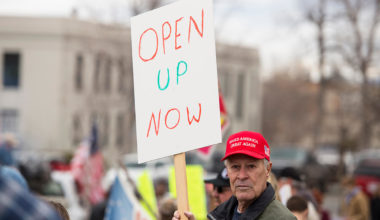 Clinically Reviewed by Cynthia V. Catchings LCSW-S
If there’s one thing about COVID-19 we can agree on, it’s that we don’t always agree. There are… 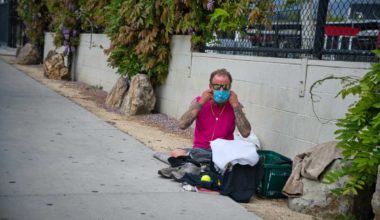 Clinically Reviewed by Cynthia V. Catchings LCSW-S
When Chelsea Swift showed up to the crisis call, the man was sobbing. Swift is a counselor and… 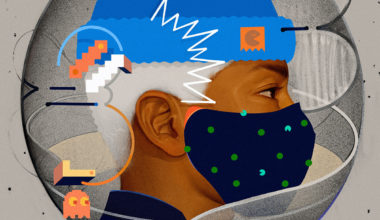 Clinically Reviewed by Reshawna Chapple, PhD, LCSW
Over the past several months, individuals across the world have seen unprecedented levels of stress, fear, concern, and…