How Humor Can Help You Cope During the Pandemic

I don’t know about you, but one of the only things that keeps me going during this pandemic and quarantine is humor. I’ve been dealing with anxiety and depression long before COVID-19 came along, but the fear surrounding the virus as well as the isolation and restraints of quarantine have worsened things for me — and I know I’m not the only one. When I’m able to laugh, however, or even just smile because I saw something funny, everything in the world feels a little less miserable, at least temporarily.

The Science Behind “Laughter is the Best Medicine”

We’ve all heard that saying, but did you know there actually is scientific truth to laughter being “medicine”?

According to Nadia Addesi, LSW, research has been conducted proving the benefits of laughter for both physical and mental health. “Laughter is proven to relieve stress and make us feel better, and there is no harm in doing so,” she says. “I truly believe that laughter in tough times helps us build resilience.”

Addesi references a 2017 study published in the Journal of Neuroscience, which found that laughter releases endorphins, the body’s feel-good hormones. Researchers conducted scans of the study participants’ brains before and after watching funny videos with their friends. Sure enough, there was more evidence of brain activity that suggested the release of endorphins after watching the videos.

Other studies suggest that laughter reduces stress because it lowers your levels of cortisol (a stress hormone) and epinephrine (AKA adrenaline). Laughter may also affect your dopamine and serotonin levels, neurotransmitters that play a role in happiness and pleasure.

Use Humor as a Coping Skill

Both Addesi and Capanna-Hodge agree that humor is beneficial for our mental health during the pandemic, when everything feels so serious and often hopeless, and we are constantly bombarded by negative news.

“Humor is one of the best coping mechanisms for big and small problems, so it is a perfect way to relieve stress during the pandemic,” Capanna-Hodge says. “Whether you’re reading the comics, watching Jimmy Fallon, or catching America’s Funniest Home Videos, laughter is a wonderful and effective way to reduce stress.”

Many of us get our laughs from hanging out with friends, but that’s not something that most of us can (safely) do right now. According to Addesi, sharing laughter with friends and family helps us build a connection and forge deeper, more intimate bonds. This helps us feel better when we’re lonely. If you can’t see your friends in person, have a Zoom or Facetime call where you can joke around, share funny videos with each other, or have a Netflix Party watching a comedy or a stand-up special.

One of Addesi’s personal favorite sources of humor is TikTok. “I am part of a community of amazing health professionals who use the app to spread information in a way that is both educational and funny — best of both worlds,” she says.

Find what works best for you. Of course, everybody’s different and has a different sense of humor. Figure out what brings you the most joy, and then roll with it!

All of this said, it’s important to note that humor is a great way to cope and bring joy into your life, but you shouldn’t completely ignore the bad things or use it as an avoidance technique. Of course, this pandemic has proved to be taxing for many — dealing with losing loved ones to losing jobs. The goal is to acknowledge these harsh realities in a healthy way, and find a balance between the serious and the not-so-serious.

It’s important to feel and acknowledge all emotions, even the more negative ones like fear, anger, and sadness, even though it can be uncomfortable to do so. You need to feel your emotions to be able to process them, and as we know, it’s not realistic or even healthy to be happy and laughing non-stop when reality doesn’t warrant it.

“When someone never deals with their emotions and always shove things down, then they are deflecting their feelings,” says Capanna-Hodge. “All feelings are important and we never want to ignore unpleasant emotions, but we also don’t want to get stuck [in that place] either.”

We may not be able to do a lot of the things we wish we could be doing right now, but at least we can still laugh.

Why Do I Feel Numb? 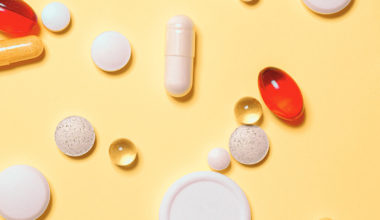 Read More
It’s an unprecedented time. There’s never been a period where we’ve had to so drastically change how we…

Read More
I know what you’re thinking. “Wait, how is anyone supposed to have a sex life at all during… 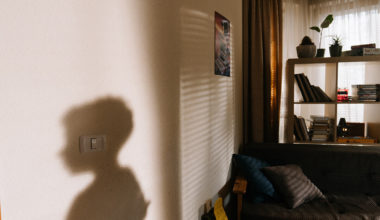 Read More
Ever since COVID-19 lockdowns started, telehealth and teletherapy have become the new normal for many people, which has… 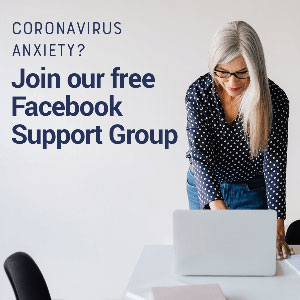