The Mental Health Costs of Code-Switching

The way you communicate with people intersects with your identity in many ways. In daily interactions within formal and social settings, you may find that you voluntarily or involuntarily alternate between two or more languages, dialects, or varieties of language, depending on the environment you find yourself in. Perhaps you also tone down or amplify your accent based on who you are talking to, or you use certain words only when you are around a specific group of people. This is known as “code-switching,” a concept that plays a big role in communication, especially among minority groups.

Code-Switching was originally a term coined by linguists to explain the act of mixing languages while in conversation. However, a broader meaning of the term has now developed to include the idea of self-expression in cultural or, sometimes, racial contexts. It indicates a habit of changing the way you speak, dress or engage with others, in order to fit in with the predominant cultural group in a particular place.

Code-switching has become a way of life for so many people, who have come to terms with the fact that it is the only way to gain acceptance in certain environments. Stephanie Heath, a Career Coach at Soul Work and Six-Figures, described code-switching as something she had to incorporate into her experience in corporate America. “As a Jamaican-American woman who worked in a mostly non-diverse environment for a long time, it became a necessity,” she said. “I’ve had to perform and code-switch my entire career.”

Code-switching is a posture that many people have to keep up for their entire lives, and this can take a toll on their health and wellbeing. The immense toll it can take on one’s mental health is worth discussing.

Code-Switching as a Bilingual

For many individuals who speak English as a second language, code-switching is a tool for communicating effectively in a monolinguist society. People who live in a predominantly English-speaking country like the United States and grew up speaking a different language may be quite familiar with this concept. Nick Galov, Business owner and Co-founder of Review 42, deals with the daily pressure of switching between two languages — English, which he uses to communicate with his clients, and Bulgarian, which he speaks at home.

“Having to quickly code-switch doesn’t often go so fast,” he said. “Sometimes I forget to change, and I might address my family in English, which we make jokes about.” However, having code-switching “glitches” in the work environment gets frustrating for him. “Sometimes I can’t switch instantly, or I could have words at the tip of my tongue but can’t locate them at a moment’s notice,” he said.

Even though studies have shown that bilinguals have a communicative edge over monolinguals, bilingual who code-switch do not have it easy. At the workplace, it could involve ditching your foreign accent in the hope of more work opportunities. At school, it might mean trying to sound more “American” to fit in with peers and other students. Shihlin, a Software Engineer at a private tech startup, finds herself code-switching at work tobe taken more seriously among her coworkers.

“As an Asian-American woman working in a field where a majority of the leadership positions are held by men, I have to show more awareness in being grammatically correct and making the right word choices, to avoid miscommunication and misunderstanding between me and my colleagues,” she said. This causes her a lot of anxiety while she prepares for meetings and other work activities.

No matter the situation, it is clear that a person who must present different versions of themselves in different environments will be faced with feelings of stress, confusion, frustration, or even inferiority. These feelings can affect that person’s mental health.

Code-Switching as a Person of Color

Code-switching plays a big role in communication in American society, and the cost of this practice mostly affects people of color. Studies have shown that a lot of Black and Hispanic Americans feel the need to change the way they express themselves around people of other ethnicities, especially around white Americans. Not only is code-switching a way of life for most of these people, it has also become a means of survival.

Navigating an environment dominated by white friends or colleagues causes many people of color to code-switch, because their chances of thriving in such an environment is dependent on how well they are able to fit in. For example, the use of African American Vernacular English (AAVE) by Black Americans is, often wrongly, seen as unprofessional or inappropriate, limiting their opportunities in the areas of work and study. Because of this prejudicial treatment, there is an immense amount of pressure on Black people to adopt a more “acceptable” mode of speech in formal spaces, to help them gain employment or admission into reputable institutions. This can undoubtedly cause a lot of mental and emotional stress for people who feel inclined to conform, modify, or limit their speech in order to succeed.

Chandra Arthur, founder of the Friendish app, explained the impacts of code-switching in her TEDx talk. “The cost of code-switching is immense as it causes minorities to spend time worrying about cultural compatibility, rather than dwelling on things that do matter,” she said. For people of color, this can often be frustrating, and it can have a negative effect on their mental health and wellbeing.

Code-Switching as it Relates to Behavior

Not only does code-switching mean modifying your speech to adapt to sociocultural norms, it now commonly means changing your behavior to suit the setting and circumstances. It could involve toning down a part of your personality or hiding an aspect of yourself to fit in. For people from minority groups, it could mean adopting an introverted personality in formal situations to keep from drawing too much attention to themselves. While this may not always be the same thing as code-switching, it can be seen as an offshoot of the code-switching process.

Kenny Screven, an LGBTQ+ advocate, code-switches to avoid being judged as not being “masculine” enough. As a gay black man who wears makeup, he has anxiety about doing ordinary things like going to the barbershop or even visiting his family during the holidays, where his lifestyle is not accepted. Changing his personality became a form of code-switching for him; a way to protect himself.

“My anxiety increases when I’m not in an area I’m familiar with,” he said. Becausehe lives in a small town, where people who resemble him are rare, he has to constantly stay on guard. “More recently, I stopped going out to nightclubs as much because I’m afraid to get attacked or assaulted for being the guy who wears makeup,” he said. “It’s something I’ve struggled with my entire life, and it tends to make one feel a bit alienated from society.”

The act of code-switching is not necessarily a negative thing. However, a closer look at its complexities shows that, when people feel obligated to code-switch in order to thrive in a particular environment, it can have serious consequences. For Shihlin, an ideal working atmosphere is one where she is not affected by the fear of not being respected for her contributions and experience, because of her pattern of speech. “A normal environment is one where no one ever feels the need to tone down any particular part of their speech in order to perform their responsibilities to high standards,” she said.

As the world becomes more inclusive, diverse, and accepting, it is also important to provide a conducive environment where people can exist as their true selves — regardless of race, culture, or ethnicity — and create safe spaces where people are respected for their personal abilities. No one should fear being judged based on the way they communicate.

6 Ways Therapists Relieve Their Own Stress 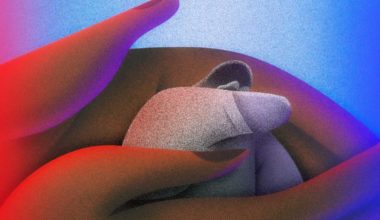 Read More
Published on: 14 Dec 2017
It’s that knot of anxiety in the pit of your stomach when you walk down the street. You… 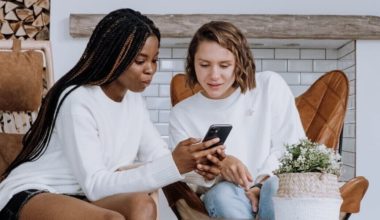 Clinically Reviewed by Jill E. Daino, LCSW-R
Updated on 9/13/2022 When it comes to therapy, no therapist is one size fits all, but this is…