I’m no stranger to therapy and mental health help. Long before I faced my own mental health issues, my mother passed down stories of my grandmother, who spent most of her life battling the demons of drug-induced psychosis and what, in retrospect, seems to have been borderline personality disorder.

Later, my mother also opened up about her own struggles with depression, anxiety, and the post-traumatic stress she carried from her abusive childhood. Likewise, my oldest sister, my father, and many of my family friends talked frankly about their issues.

Naturally, this has a downside: there’s nothing like being six-years-old and realizing everybody around you has some serious issues. But it also offers some benefits. Mainly, I didn’t have to deal with the stigma when the time came for me to seek help for my own problems.

As you’ll see, by the time I was facing true despair, I’d already had years of experience with mental health professionals. My story will enlighten you on the experience of seeing a therapist while you’re still growing up and what we can accomplish for our children.

A Head Start in Mental Health

Let’s go back to the fourth grade. It all started when my parents got divorced. Because broken homes can lead to broken spirits, one of the recommendations for dissolving a marriage is to get your kids looked at. They sent me to the counselor at my elementary school.

I didn’t necessarily want to see the counselor. It wasn’t that I didn’t like her, but rather that she always wanted to see me when we were working on science projects, which was one of the few subjects I actually enjoyed.

She was nice though. Her room was dark, quiet, and calm. Sometimes she played ambient music. I remember playing with dinosaurs in the small sandbox she kept on her table and naming each of them. For the most part, we talked about how I was doing in school, my friends, my weekend plans, and what my parents were telling me — especially about each other.

I remember explaining how I had to choose whether I was going to live with my mom or my dad. She asked me whether I’d decided. My answer was along the lines of, “My dad lets me eat Cheetos for dinner sometimes…but I love my mom.”

Soon after, partly on the recommendation of the counselor, the court allowed me to choose my own adventure. I moved to Alabama with my mom, the divorce was finalized, I was declared undamaged, and my counseling sessions ended.

The next couple years ran smoothly, but I had my first depressive episode in the eighth grade. My mom wasn’t sure what was wrong with me. Ironically, the woman who’d dealt with depression all her life, and taught me to have compassion for those dealing with the illness, didn’t know what to do with me.

Depression hit, my grades dropped, and I didn’t want to do anything other than listen to Evanescence and cry in my bedroom. She responded by grounding me from my CD player.

A couple years later, the hormonal teenage angst swung into a full blown manic episode. On the recommendation of the school nurse, I started working with my second therapist around the time I started seeing monsters and having panic attacks.

This was my introduction to having my mental health taken seriously. In fact, it was the first time a professional took me more seriously than I did. At the time, I didn’t figure anything was wrong with me other than a lack of sleep and a bit of moodiness. All the best people are mercurial, I thought.

The first time I saw a psychiatrist, I spoke to him for more than an hour. My mom was in the room with me, listening to my experiences and my issues. I watched the weight of the situation slowly sinking into her face. At the end of the appointment, he diagnosed me with Bipolar Disorder Type I with psychotic features. I was placed on a mix of medication and scheduled a two-week follow-up. He also recommended I enroll in talk therapy.

I initially refused to seek out a therapist. Part of me felt like other people needed help more than I did, and I didn’t want to waste the resources. The rest of me was just resistant and antisocial.

It turned out, I didn’t have much of a choice.

A couple weeks after my meeting with the psychiatrist, I was cordially invited to meet with the school counselor after submitting an account of how my suicide would play out to the school literary magazine.

For a brief time, I felt like a hot potato. I was gently forced into a meeting with the counselor. After listening to me for about three minutes, however, she stated — in the kindest way possible — that I was beyond the scope of her training. She referred me to the resident school psychologist.

My first meeting with the psychologist was a few days later. He listened to me talk, nodding and smiling the entire time, before telling me he’d like to talk with me at least once per week. I told him I was almost failing my math class anyways and asked to keep our appointments to that time slot. He obliged. I would never miss science class.

His office was small, cramped, and a bit underwhelming. Although my school was relatively well-funded, the mental health program wasn’t. My psychologist worked two half-days each week between running his own practice.

For our second appointment, I chose to say absolutely nothing to him for fifteen minutes before informing him that I’d taken up bulimia as a hobby. His response was the right mix of sarcasm and serious: “That’s the worst way to have your cake and eat it, too.” I decided to start working with him as constructively as I could.

Generally, we met for about an hour. It felt more like talking with a friend than actual therapy. We had conversations rather than lectures. I felt like I could be honest with him. Something told me he didn’t judge me. He understood where I was coming from. He empathized.

His influence was so powerful that he didn’t only help me survive that period of my life. He also informed how I interact with people today as a friend, an advocate for battered women, and as a son to my mother, who still struggles with her illnesses every day.

I still value his unique contribution to my life. I also wish people like him were more common.

Committing to the Cause

When we talk about children’s mental health and learning to help them cope with trauma or mental illness, we become a bit misguided. Naturally, we need to address issues like stigma, lack of resources, and the challenges of working with a child’s brain to repair any damage before it becomes a long-term problem.

But we also need to see mental health work as an opportunity. Therapy should not only be about reacting to a breakdown and restoring someone to normal. Rather, we should aim to transform the people around us and empower them to grow beyond who they were when they started to have the issues. It’s even easier to accomplish this when we take the time to talk about children’s mental health.

When I Knew I Had Bipolar Disorder 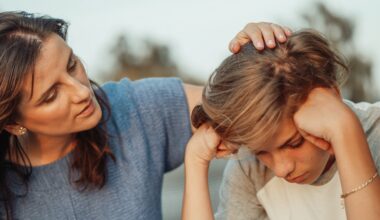 Clinically Reviewed by Minkyung Chung, MS, LMHC
Trigger Warning: Below we discuss some difficult and disturbing topics that can be triggering for some people. If… 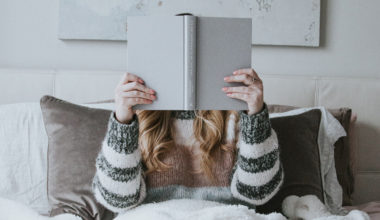 Read More
Published on: 04 Nov 2019
Every year, there’s a new self-help book that’s all the rage, you see it everywhere —on the beach,…