Can Therapy Help You Get a Date?

I spent seven years being very single —  as in striking out most of the time — until I found an amazing woman to be in a healthy relationship with. During the tail end of that period, I started therapy where I often worked on negative beliefs and patterns that caused me to waste time chasing after women who weren’t interested or right for me. By the time I began dating my girlfriend, therapy had taught me how to communicate in a dating environment, use reasonable beliefs to find great women who were interested in me, and form a happy relationship.

There are thousands of stories like mine where clients have worked with a therapist to become happier and healthier people, which is way more attractive than it sounds. Listen to some of these stories and more details of mine to learn how therapy is the way to have a great dating life and find someone you can be happy with.

Do You Know What a Healthy Relationship Is?

Therapists know what a healthy relationship involves, especially ones who specialize in relational issues. They have helped clients pivot during their dating phases so they avoid starting relationships doomed to fail.

Take therapist Keeley Teemsma, whose client endured relationships she was unhappy with. The client dated men she wasn’t attracted to because they were kind and good on paper, Teemsma told me in an email. Thanks to therapy, her client now recognizes signs she isn’t attracted to the person and knows not to date them anyway.

A huge part of therapy is education. Teachers and college professors don’t teach you what a great relationship is and should be built on, and your friends and family members are too biased to educate you properly.

And Do You Know What and Who You Want in That Relationship?

There are some general things a successful relationship needs such as communication, shared goals, chemistry and attraction. Then there are the millions of preferences people have. Do you want kids? Does your partner have to share your views on religion or politics? Knowing these answers will narrow the search for a great partner.

Therapists such as Rachel Dubrow help clients decide what they want and who they realistically can date.

“We often talk about the things that are important and what things are non-negotiables for a future mate,” she said.

I worked on this with one of my therapists. One of my non-negotiables was a woman who did not want to get married.

Your Comfort Zone Might Stink – Therapy Will Help You Out

If your dating comfort zone is full of people who break your heart, therapy will be one of those places where being uncomfortable means you’re doing something right. Deeply held negative beliefs often lead people to seek terrible partners who will maintain those beliefs. Therapy challenges them, imbuing new sensible dating ideas that guide clients towards better dates and relationships.

It’s hard to win at dating if you’ve set up a paradigm where getting what you want is as likely as winning the lottery. Going to therapy helps clients learn which expectations are realistic and which ones are a bit too Disney.

Therapist Jeanette Raymond had a client who expected the man she dated to make her the center of his life.

Her client had a father who drifted in and out of her life, Raymond said, so she wanted a man who would do the extreme opposite. Raymond helped her realize she was actually dating a great man who loved her but couldn’t live up to her impossible standards. After that, she had long-lasting relationship instead of periods of dating that fizzled out after a few months.

Did They Text You Back Yet?! Fight Text Anxiety with Text Therapy

Texting is one of the most frustrating parts of modern dating. Did you text back too soon? Did she take too long to text back? What did the “…” in his last text mean? Should I only text once a day? Once a week?!

Take a deep breath and bring it up in therapy. If you want to chat with a therapist much sooner, try text therapy such as the kind Talkspace offers. Instead of waiting and digging yourself into an anxiety hole, text your therapist. It is clinically proven to help clients and is the one kind of texting guaranteed to never drive you crazy.

Combatting the Sources of Those Unrealistic Dating Expectations

My favorite romantic comedy is “Hitch.” I’ve seen it more than five times and can quote several parts of the movie (yes this annoys my friends). For years, it influenced my feelings on dating and the dynamic between single men and women. This wasn’t always a good thing because “Hitch” is only a movie.

The media, film and television industries impact our views on dating, something therapists address during sessions. The client might bring it up or the therapist will hear something that sounds eerily similar to a cliche or unrealistic narrative from pop culture.

Being Vulnerable is Sexy

One of the only things I had going for me before therapy was my ability to be vulnerable. I didn’t mind opening up to women about important issues or events in my life. Nonetheless, I know this can be difficult for people in the same way it is hard for me not to disclose too much. Therapy will help you with that, and being vulnerable can be irresistable. This applies more to men, but it certainly isn’t a turn off when women are vulnerable.

A great partner will want to date someone who is confident, understanding and self-aware. Therapists instill these qualities in you whether it is only in a dating context or applicable to all aspects of your life.

“Therapy increased my self-awareness and knowledge of the strengths and challenges I bring to dating,” she told Talkspace.

This happened for me as well. Therapy helped me discover that my tendency to not allow the woman room to reciprocate her affection for me made it difficult for a relationship to begin.

And Learning to Handle Breakups

A therapist can help guide you towards the least painful way to breakup with someone or recover after being dumped.

One of Raymond’s clients illustrates the kind of issues people raise during or before a breakup. He wanted to end a stressful relationship but felt guilty about doing so.

“He hoped she would just know, or get the message somehow,” Raymond said. “He couldn’t sleep, eat or work because this matter weighed so heavily on him.  He didn’t want to be a bad guy and thought he would make her sick, spoil her for other men in their culture and be looked down on by his friends.”

Raymond showed him how he would not be committing some horrible sin by ending the relationship. He is now happily married to a different woman.

Note: You might need separate advice for navigating social media after a breakup.

If you have been diagnosed with depression or any other mental illness, you will eventually need to tell your partner. Therapists can teach you to do this in the best way possible.

Each condition has specific effects on dating as well. People with depression often shut themselves in and believe no one will love them. Those suffering from anxiety fear rejection and embarrassment.

Change Your Beliefs to Transform Your Dating Life

Negative beliefs getting in the way of dating was a theme I noticed during my conversations with therapists and clients. It was the biggest problem for me. Here’s one positive belief to kick things off (an evidence-based belief at that): therapy has the power to improve your dating life.

How Much Does Therapy Cost? (And Why Is It So Expensive?)

Is Therapy Working for You? How to Know Your Therapist is Helping 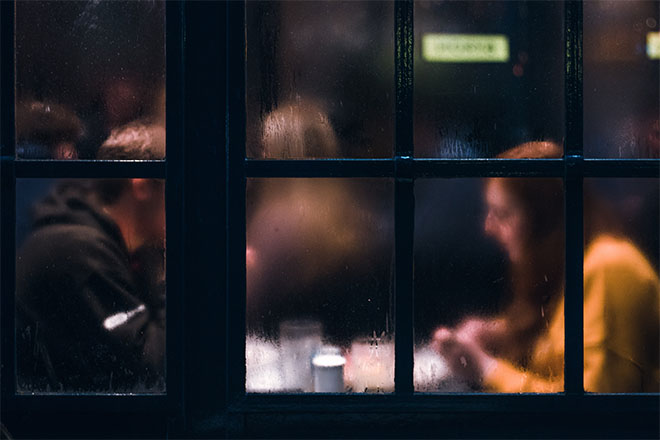