If 2020 has taught us anything, it’s how to deal with stressful situations. The year aside, everyone has stress in their lives, ranging from minor inconveniences like a frustrating day spent at the DMV to more serious issues, such as chronic illness or an abusive relationship. Humans are adaptive creatures — we learn how to adjust to all manner of situations. But there are some for whom stressful situations are more difficult to recover.

What Is Adjustment Disorder?

Adjustment disorder (also known as stress response syndrome) is a short-term condition in which a person experiences more stress than is perceived as normal in response to an event. For example, if a person is still mourning the breakup of a three-month-long relationship six months later, they may be suffering from adjustment disorder.

Adjustment disorder often results in serious disruptions to a person’s daily life and personal relationships. It can be difficult for the people around them to understand what a person with adjustment disorder is experiencing, as people tend to see situations in the way they’ve experienced them. For example, say Laney has been laid off from her job. Six months later, instead of looking for a new job, Laney is still lying in bed every day, prompting her partner to be angry with her because they are being saddled with paying the bills and cleaning the house.

Symptoms normally start within three months of a stressful event and usually don’t last for longer than six months; however, some cases can last longer, especially with ongoing situations, such as unemployment or illness.

Adjustment disorder is extremely common — the percentage of patients receiving outpatient mental health care for adjustment disorder as their primary diagnosis ranges from 5 to 20 percent, while the number of those in a hospital psychiatric consulting setting can be as high as 50 percent.

Causes of adjustment disorder are wide-ranging and can include the following situations:

For younger people, stressors can include problems at school, issues with parents or siblings,  or coming to terms with sexuality.

While adjustment disorder is usually pegged to one particular traumatic event, it can also be caused by a confluence of events or even the buildup of years of poverty, abuse, or illness.

The six main types of adjustment disorders include:

People diagnosed with this type of adjustment disorder tend to experience feelings of hopelessness and despair, as well as crying.

Adjustment disorder with anxiety features more nervousness, jitters, and feelings of panic. People with this diagnosis tend to struggle more with concentration and may have problems with forgetfulness.

Adjustment disorder with anxiety in children tends to be a result of separation anxiety, when a child is apart from their parents or other loved ones for a prolonged period.

4. Adjustment disorder with disturbance of conduct

5. Adjustment disorder with mixed disturbance of emotions and conduct

Adjustment disorder with mixed disturbance of emotions and conduct is a combination of symptoms of anxiety, depression, and reckless behavior.

Those with an unspecified adjustment disorder experience symptoms that are unrelated to those associated with the other types of adjustment disorder. These can include more physical symptoms, such as loss of appetite or trouble sleeping.

When It’s Time to See a Doctor

As previously discussed, stress is an inevitable part of human life. So how do you know if what you’re experiencing is typical stress or signs of an adjustment disorder?

One of the biggest indicators that there may be a problem is the amount of time that has passed since the stressor incident. Usually, the phrase “time heals all wounds” can be applied to life events that cause us pain. However, if your sadness, anxiety, and pain only seem to be worsening over time, it may be time to speak to a professional.

Another telltale sign of adjustment disorder is when you’re suffering to the point of being unable to get through a normal day. If you aren’t able to participate in activities or routines that once anchored you, that brought you joy, or are having problems in your relationships to those closest to you, it’s worth seeking help.

If you’ve received a diagnosis of adjustment disorder, there are several treatment options. While most treatments are short-term, you may benefit from longer-term treatment as well.

The most common treatment for adjustment disorder is therapy. Speaking to a mental health professional offers the benefit of impartial emotional support as well as a path to figuring out the root cause of the stress. Therapy can help impart coping mechanisms such as how to utilize a personal support network and minimize stress. A therapist may also offer specific relaxation techniques.

There are several types of therapy you could explore, including traditional in-person talk therapy, group therapy, family therapy, or online therapy.

Your healthcare professional may recommend medication as a treatment option. Some medications can be helpful in easing symptoms such as anxiety, depression, or insomnia. These include benzodiazepines, nonbenzodiazepine anxiolytics, and SSRIs.

Sometimes, a combination of therapy and medication proves most effective in treating adjustment disorders.

The good news for an adjustment disorder diagnosis is that it is typically short-lived and easily treated. While it’s difficult to prevent adjustment disorder, especially with unanticipated traumatic events, if you know you have a big change or stressful event coming up in your life, you can be proactive and seek help early. Reach out to your healthcare professional and confide in your support system. Get plenty of rest and take care of your body.

Stress is part of life, but you don’t need to go through it alone.

Ask A Therapist: Can PTSD and Social Anxiety Randomly Return? 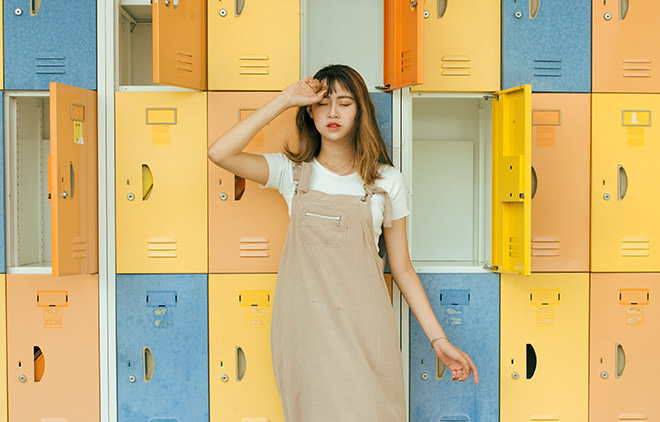 Read More
Published on: 26 Apr 2019
Life as a teen has never been easy, but today it’s a stressed out pressure cooker of grades,… 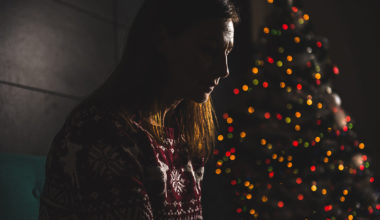 Read More
Published on: 25 Dec 2019
It’s hard to keep an eye on your spending during the holidays — especially if you’re already broke.… 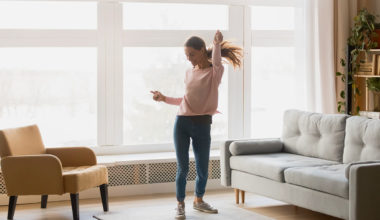 Clinically Reviewed by Reshawna Chapple, PhD, LCSW
If I spend too much time with people, I feel like I’m going to explode. I’ll start to…