When I Knew I Had Bipolar Disorder

As part of May’s Mental Health Month, we shared stories that raised awareness about mental illness and empowered those who suffer from it. This piece is part of our Darkest Day series, a collection of stories from people who’ve made it through the worst of their illness and now light the way for others. #LightYourWay

Recently I began experiencing symptoms of hypomania. I was irritable, had the sex drive of a teenage boy, and felt euphoric. I knew something was off with me. I hadn’t felt this way before, not to this extent. I contacted my psychiatrist and made an appointment. He confirmed that I was experiencing hypomania, and I was diagnosed with bipolar disorder type II.

It was a relief to know what was happening. Nonetheless, I was frightened because — unlike what the media portrays — mania isn’t fun. It’s exhausting and scary.

You do feel temporarily euphoric, at least I did. The feeling of mania is surreal and sometimes wonderful, but other times terrifying. It makes you feel out of sorts and a different version of yourself. I feel pressured to speak quickly, keep moving and keep doing things until my body can’t take it anymore. It’s awful and I don’t wish these feelings on anyone.

I had to ride out these symptoms and my medication was adjusted. The antidepressant I had been taking was pushing me into a manic state. It was scary to change medications, but I knew my doctor was making the right recommendation.

There was something that kept bothering me, though. I was told:

“You have bipolar disorder.”

It was as if I was at the grocery store and someone put something in my cart I had no interest in buying or eating. Bipolar disorder was placed into my brain cart, and I wanted to reject it. I wanted to return it.

Part of it was because I had trouble separating “living with bipolar disorder” and “being bipolar.” I didn’t want to be bipolar. Bipolar is not me, and I needed to figure out how to integrate this diagnosis into my life in a way that made sense to me.

Being the overly analytical person I am, I thought long and hard about this and came to a conclusion: I am NOT bipolar, but rather I experience symptoms of bipolar disorder. I experience hypomania and depression at times. These are facts that enter into my consciousness, and that is OK. I ride that manic rollercoaster until it stops and then I get off it. It’s exhausting and scary at times, but there is no choice.

Getting the diagnosis of bipolar disorder was a sort of self-discovery. I learned the reasons behind my behavior, and I was able to have a better understanding of why I behave the way I do. It was informative and helped me to be a more self-aware person.

I know why my moods go up and down, and I understand why I can irritable at times. I’m not acting this way on purpose, but rather they are a result of the brain chemistry I have. That is freeing in some ways. I can’t control what my brain does, but I can work hard to understand it and work with it as opposed to fighting against it.

I am so much more than a diagnosis. I am a human being who happens to live with bipolar disorder. I am a mother, an advocate, a writer, a friend, a daughter and a compassionate person. I try to help as many people as I can, and to do that I need to be as self-aware as possible. I’m committed to knowing my idiosyncrasies and myself. My mission is to help others who are living with a variety of mental illnesses, including bipolar disorder.

Know that you are more than a DSM-V diagnosis. You are a conglomeration of beautiful attributes and I support you for being who you are. Who you are is a beautiful person.

If you happen to have a mental illness, that does not distract from your beauty, but rather it is one part of you that exists. Keep fighting and, most importantly, keep being WHO YOU ARE. I know I will.

Steps Your Teen Can Take to Reduce Chronic Anxiety 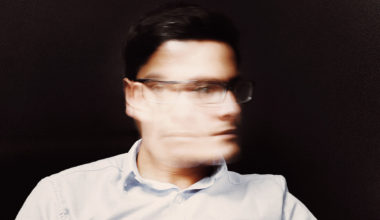 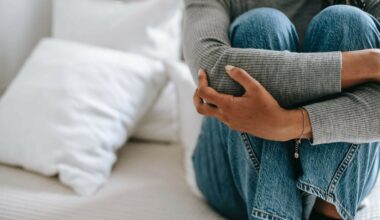