How Ricardo Used Talkspace to Overcome Depression, Anxiety, and Abuse

Talkspace can change your life for the better. But how can you believe us until we show you?

Ricardo is one of thousands of people who use Talkspace to live a happier life and cope with mental health issues. Maybe his story will offer insights into how Talkspace could help you.

I came across Talkspace by accident as I was desperately searching for answers. I’ve suffered from depression and anxiety for many years and was in the middle of a serious bout with both.

To complicate the situation further, I found myself in a deteriorating and emotionally abusive relationship. I was led to believe that my depression and anxiety were the root cause of the problems with my partner.

We were already recovering from an affair she had with another man. I worried that maybe my reaction to that was taking a toll on her. It left me emotionally distant. Finding the connection again proved extremely difficult.

I wanted to get help with my depression and anxiety and be a better man to the woman in my life. I also wanted to put the infidelity behind us.

One fact I found encouraging was that the co-founders of Talkspace had saved their marriage with the power of therapy. This story inspired me. I felt hope.

So there I was, ready to try this method of text-based therapy. If it didn’t work, I could say I tried.

I was really down and with my relationship on the ropes, it was overwhelming. We had just moved into a new place together and I was trying to build a better life for us. Now it was falling apart too quickly for me to manage. I didn’t know what was going to happen.

So I began my consultation on Talkspace. I got matched with Shannon and laid out all of my problems and what I hoped to accomplish.

Right away I could see she was very interested in helping me out. She also really put my worries about this unconventional method of therapy at ease. She explained how it worked, what I should expect from her and what she expected from me. I felt like I was talking to a friend who was a therapist instead of just a therapist. That really broke any ice that remained between us and my view of Talkspace.

[tweetthis]I was committed to bettering myself at all costs, so I signed on and the journey began. And what a journey it was.[/tweetthis]

Shannon helped me achieve a healthier sense of self. This helped me realize I deserved better than what I was getting out of my relationship. I didn’t need to save it, I needed to escape it.

It was very likely the cause of my depression and anxiety was from the very thing I was trying to save. She helped me realize that the cycle had to be broken and — at least in the long-term, I’d be better off on my own.

This was hard to see at the time, but she was right. I’m glad she was.

She helped me see that the world around me is one of abundance and opportunity instead of one steeped in emptiness and closed doors. She helped me overcome the never-ending cycles of anxious thoughts and be more present in my daily life. I received many valuable techniques to curb my panic attacks and face the world head on instead of trying to dodge the fear.

We also tackled long-standing issues with my family. So many of the things I was encountering in my last relationship and daily life were the result of the past emotional abuse I suffered at their hands.

I’m no longer in contact with them now, but the damage was done. It was the kind that left me feeling like I was never enough. Cutting myself off from them stopped the damage from getting worse, but what about reversing the damage already done?

We drilled down to the root of the problems I had with them and deconstructed them. The more I did it, the more weight I felt being lifted from my shoulders. It had been there all this time, but I was numb to it.

There’s no problem — past or present — that’s off the table when I talk to Shannon. Years ago I was homeless. Shannon listened to how that still impacts me today and helped me move forward.

I’ve had a lot of other things in between that were traumatic, life threatening or damaging that Shannon helped me unravel and conquer. Without her help, I’d never be able to see I have the power to overcome more than I give myself credit for.

Shannon even got me into yoga that has done wonders for my emotional and physical health. I never would have tried it had it not been for her and Talkspace.

But it doesn’t end there. My performance at work improved. I became more consistent. I had energy, focus.

My line of work is in the arts where there’s so much worry and uncertainty. You never know if you’re in for a long stretch of work or a punishing drought.

I was able to break free of the mindset of scarcity that so many of my peers are overcome by. How could they not be? It’s such a vicious business. It’s hard to stay sane through it.

But somehow I wasn’t caught up in the emotional roller coaster I rode on time and again. I was no longer afraid of the uncertainty. And the more I wasn’t, the more opportunities came while those who were consumed by uncertainty and fear languished. They had the power to break free of it, but they couldn’t see it yet.

It was right around this time that I realized how far I’ve come and how much of it was owed to Shannon and my use of Talkspace. The changes were astounding.

[tweetthis]After more than two years of using Talkspace, my life has only improved.[/tweetthis]

There are bumps in the road, but that’s life. Shannon and Talkspace have given me a way to navigate through those bumps and come out better than ever. They gave me a place to heal and feel supported.

I’m never alone when a challenge surfaces. I think that’s the most crucial thing about Shannon’s work and Talkspace as a whole. Because of them, my mind is open, my soul is calm and my best days are still ahead of me.

Shannon’s Comments On Why Ricardo Succeeded

Ricardo was one of my first Talkspace clients over two years ago. From the very beginning he was personable, open and kind. Every week he thanks me for our work together. He willingly shares daily stories about his life and his past. He is curious in learning about himself and others, even if what he discovers is sure to be painful.

He doesn’t shy away from facing hard situations. He’s courageous.

When we started therapy together, our focus was dissecting his relationship and finding meaning in the dynamic and what had happened leading up to the breakup. He was very open to accepting responsibility for his part, non-defensive and generous to his ex. He wanted to learn and to understand so he could be better and healthy for his next relationship.

There were many months where he was in tremendous pain, yet he continued to message with me each day and do the work. It would have been so easy to avoid and hide — and to blame others — but he didn’t.

We plugged away, exploring resources on emotional abuse together, talking through what we learned and how it applied to his relationship, and how it changed him, what the lessons were, and how painful that growth is. We began to delve into his past and childhood, where together we talked about extremely painful experiences and how those contributed to his experiences in adult relationships.

What inspires me about Ricardo is that he has not hardened. He is not bitter or angry, when indeed he has every right to be. Instead he is open, loving and kind to others. He practices forgiveness and acceptance, both of himself and others. This has helped him through some very dark days.

Over time Ricardo’s relationship distress was less of a focus of our work and we began to address long-standing panic and anxiety. Again, I was impressed at Ricardo’s commitment to self-improvement. He told me he had spent time practicing CBT to manage symptoms.

We talked about other ways to cope. He was willing to try anything — and did.

He reported back to me about breathing exercises, meditation, gratitude practice, and other grounding techniques, letting me know what worked and how. I mentioned yoga. Then one day he tried it. Now he continues to maintain a daily home practice and find success in the treatment of symptoms, as well as accessing inner strength and peace he didn’t know he had.

His symptoms have decreased tremendously and he is able to manage them without escalation in even the most stressful situations. He did this for himself.

More than two years later we are still going strong because life continues to happen. It has been a joy watching Ricardo grow and evolve into an incredibly self-aware person who is no longer willing to settle for less than he deserves — in love, in work, in life.

I attribute his success in therapy to his openness to new ways of thinking, to new ideas and to the process of change; to his desire to learn about and understand himself; to his willingness to try new ways of coping and being in the world; his dedication to being his best self; and to showing up each day — in life and in therapy.

He is the reason for his own growth. He makes it happen. I am only the fortunate companion on his journey of commitment, courage and resilience.

Why Is Suicide Increasing in Black Children?

Different Types of Therapy [Psychotherapy]: Which is Best For You?

Read More
We are proud to announce our sponsorship of This Is My Brave, an organization that fights against the… 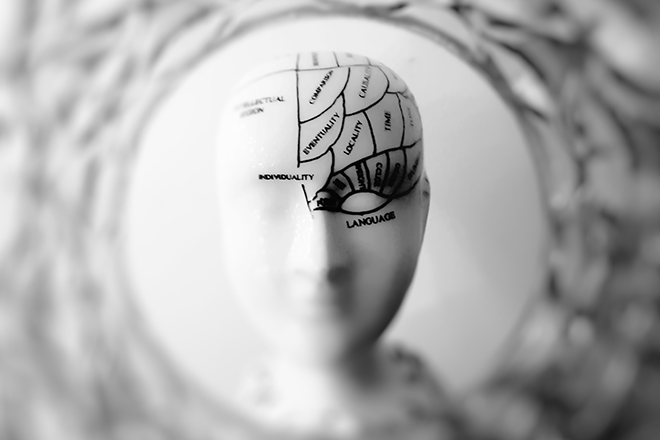 Read More
If you are new to therapy or are exploring different options for treatment, it’s natural to have questions… 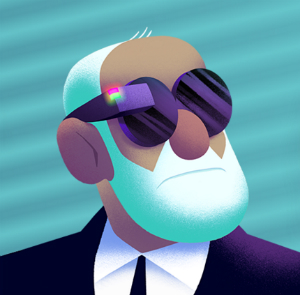 Read More
“What excites you most about mental health care innovation?” To give the public a preview of our Clinical…