‘The Weight of Gold’ with Michael Phelps

From Mary Lou Retton to Usain Bolt, the Black Power Salute to Jesse Owens, the Jamaican bobsled team to the Miracle on Ice — the Olympics brings the world together. In a typical Olympic year, more than 3.6 million people from across the world tune in to watch the games.

Despite the fact that the venues were built, the tickets were sold, the athletes were ready — this year, that won’t happen. The coronavirus has upended what, for many athletes, is their best shot at achieving Olympic glory, the culmination of a lifetime’s worth of training. While athletes are accustomed to dealing with the physical torment of high-performance, many this year are struggling with the mental anguish caused by the uncertainty and chaos of having the games delayed.

The Pressure Faced by Olympic Athletes

Most of us cannot imagine the pressure of performing at the highest level. But for some athletes, the pressure is even greater after the final buzzer, the last lap, long after the finish line is behind them. After the closing ceremony, most of us go back to our typical routines. But what about the athletes?

“From the outside, it’s like, ‘You’ve got everything,” says professional snowboarder and three-time Olympic gold medalist Shaun White. A new HBO documentary, The Weight of Gold produced by Talkspace partner Michael Phelps, seeks to highlight the mental health challenges faced by athletes during, and especially after, their careers.

While the games this year may be postponed, the first time such a delay has occurred, the lack of competition and disappointment of the athletes only serves to highlight the mental health toll — and the lack of mental health resources — available to Olympic athletes.

The documentary includes interviews with Apolo Ohno, Bode Miller, Shaun White, and Michael Phelps. “We’re just so lost,” Phelps says. “A good 80%, maybe more, go through some kind of post-Olympic depression.” The film also includes archival interviews with bobsledder Steven Holcomb, who died from a combination of alcohol and sleeping pills in 2017, and an interview with the mother to three-time Olympian aerial skier Jeret “Speedy” Peterson. Peterson died by suicide in 2011.

For Phelps, This is Personal

The story is personal for Phelps — the most decorated Olympian in history with 28 individual and team medals, including 23 golds — who serves as the film’s producer. After coming out of retirement for the Summer Games in 2016, working on the movie helped him to move beyond the depression that had gripped him when he left competitive swimming. Since his official retirement after those games, Michael has become a leading advocate for mental health awareness, partnering with Talkspace to help broaden access to mental healthcare and bring therapy to all.

“I believe I have experienced a state of depression after every Olympics I competed in. For a long time, I only saw myself as a swimmer, not a person,” he said. “When I walked off the podium in Rio, I knew many of my teammates and competitors were not aware of, or prepared for — the post-Olympic transition. In sharing our stories, it is my hope that we can encourage others to open up, let them know they are not alone and that it’s OK to not be OK. For me, the opportunity to help break the stigma surrounding mental health and potentially save a life is way more meaningful than any Olympic medal.”

The film premieres Wednesday, July 29th, at 9:00PM EST on HBO. And be sure to check out the exclusive roundtable discussion between Michael Phelps; Katie Uhlaender and Shannon Decker of the Speedy Foundation; Peter Carlisle of Octagon and an Executive Producer of the documentary; and Podium Pictures’ Brett Rapkin, the director of the film and an Executive Producer and writer; hosted by Talkspace therapist Dr. Rachel O’Neill.

For Couples, Being Stuck Inside Together Isn’t The Same As Being Intimate

Yoga as a Habit of Self-Awareness 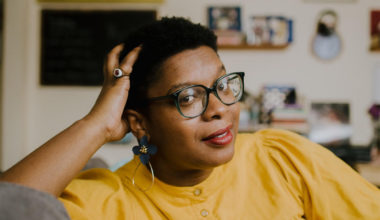 Clinically Reviewed by Ashley Ertel, LCSW, BCD
Ashley C. Ford is busy. And for her, that’s a good thing. She’s the host of the podcast…

Read More
Published on: 14 May 2018
This post is part of our #TherapyHelpedMe series for Mental Health Awareness Month. Talkspace shares stories of how therapy helps people… 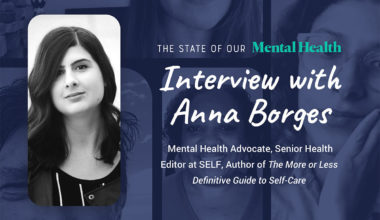