The Life, Art, and Mental Illness of Frida Kahlo

Frida Kahlo was no stranger to mental illness. The life and work of this incredible Mexican artist contained an uncanny amount of pain, suffering, and loss.

She was a woman who endured a horrible illness, an even worse accident, and a marriage plagued by relentless infidelity. Because of these monumental events, Kahlo suffered from anxiety and depression, as well as alcoholism and identity issues throughout her life. 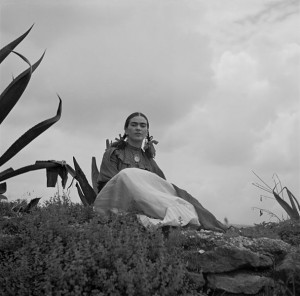 On July 6th, 1907, Frida Kahlo was born in the Blue House located on the outskirts of Mexico City. Her father was a photographer of German descent, and her mother was of Mexican and American heritage. Even though she was a product of different cultures, Kahlo identified with her homeland and drew artistic inspiration from there. She was one of Mexico’s most well-known and enigmatic cultural heroes.

Mental Illness – Identity and Self Acceptance

Kahlo was just 6 years old when she was diagnosed with polio. Though she eventually made a full recovery, the illness left her right leg thinner than her left. So, in an effort to conceal it, she wore long and beautiful dresses that ultimately became part of her overall image.

Despite this insecurity, she managed to exercise a strong sense of individuality and unconformity, refusing to shave her armpits, unibrow, or mustache. Instead, she chose to put a lot of thought into her colorful clothes, elaborate accessories, and the flowers in her hair – all of which she often depicted in her self-portraits. Kahlo was a truly unique blend of masculine and feminine energy.

According to the AMA Journal of Ethics: “To the surprise of many observers, Kahlo prominently features her unibrow and facial hair and a stoic and distant facial expression that avoids any semblance of a smile. The expression is observed not only in her self-portraits but also in photographs. As acknowledged by several art historians, Kahlo’s expressions reflect the many physical and emotional challenges that she faced in her life.” 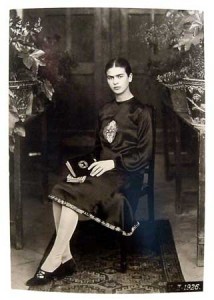 In 1922, Kahlo was accepted into the esteemed Escuela Nacional Preparatoria. Being one of the handful of female students in the school, she was well on her way to becoming a doctor, but life had other plans for the ambitious young woman. On September 17th, 1925, Kahlo was involved in a devastating trolley accident that left her with serious injuries, which would significantly impact the rest of her life.

The aspiring medic had a broken spinal column, collarbone, pelvis and ribs. She sustained eleven fractures on her right leg, a crushed and dislocated right foot, as well as dislocated shoulder. And her abdomen and uterus were pierced with an iron handrail. As a result, Kahlo spent 3 months in a full body cast recovering from her injuries. To pass the time, her father set up an easel over her bed and gave her his paints so that she could entertain herself. This is when Frida Kahlo The Artist was born.

“My painting carries with it the message of pain.” – Frida Kahlo

Although Kahlo was eventually able to walk again, she lived with chronic pain that often flared up and left her bedridden. Still, she showed a relentless passion for life, while channeling her pain into what eventually became an impressive artistic career. She was once quoted as saying, “I paint myself because I am so often alone and because I am the subject I know best.” Out of the 140 paintings she produced, at least 55 of them were self-portraits.

But her identity issues did not stop there. As the wife of Diego Rivera, another one of Mexico’s most celebrated artists, Kahlo was determined to find her own artistic identity; one that would be independent of her husband. At a time when women were seen as extensions of the men they married, Kahlo’s work depicted her struggle with balancing her own strong sense of self with that of her husband. In their relationship, it was a scale that could be tipped in either direction, at almost any given time.

According to the National Alliance on Mental Illness: “Kahlo was diagnosed with minor depression, but experienced two major depressive episodes and suicide attempts during her lifetime…Her apparent dissociation and identity issues lead many researchers and historians to believe that Kahlo suffered from an array of mental illnesses—from posttraumatic stress disorder to bipolar disorder to dissociative identity disorder.”

Kahlo’s accident changed the course of her life. The iron rod that pierced her uterus took away her ability to bear children, becoming one of her most emotionally and mentally devastating ordeals. All three of her pregnancies had to be terminated, which caused the artist a lot of grief and heartache. But Kahlo’s depression was also fueled by her tumultuous marriage. 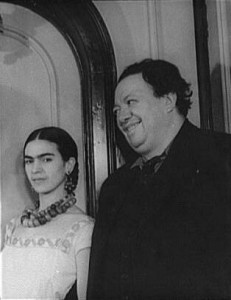 “There have been two great accidents in my life. One was the trolley, and the other was Diego. Diego was by far the worst.” – Frida Kahlo

In 1927, Frida Kahlo noticed Diego Rivera working on a mural at the Ministry of Public Education. She wanted to get his opinion on her work, so she approached him. He was impressed by her talent and encouraged her to pursuit art, while he pursued her. The couple married in 1929. He was 42. She was 22.

Although they were together for the rest of her life, Rivera was a notorious womanizer who had numerous affairs, including one with Kahlo’s younger sister. This particular discretion caused the couple to divorce in 1939, and plummeted Kahlo into a major depressive episode. They reconciled one year later, but the emotional impact of their roller coaster romance only deepened Kahlo’s battle with mental illness. As a result, she self-medicated and preoccupied herself with self-reflection – mostly through art. “I never painted dreams,” she said. “I painted my own reality.”

Though Kahlo was greatly affected by her husband’s constant cheating, she rebelled by having numerous affairs of her own. Some of her lovers included Isamu Noguchi,  Josephine Baker, and Leon Trotsky. Rivera seemed to have been accepting of Kahlo’s affairs with women, but he was by far more jealous and insecure about her male companions. Still, the couple remained married until Kahlo’s death at the Blue House on July 13th, 1954. She was only 47 years old.

“I tried to drown my sorrows, but the bastards learned how to swim, and now I am overwhelmed by this decent and good feeling.” – Frida Kahlo 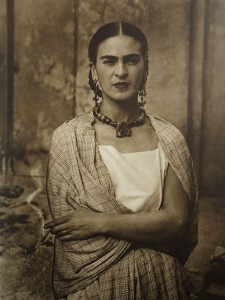 Throughout her life, Frida Kahlo endured some 35 operations, including the eventual amputation of her right leg, and was often hospitalized or bedridden for months at a time. Still, she was one of the strongest, most courageous, and uniquely vulnerable women in art history. She drank tequila straight from the bottle, smoked like a chimney, and loved to tell dirty jokes at the many parties she threw at her house.

This aspect of her personality was just as real and authentic as her darker side, and the dichotomy between the two made her who she was. Although there is still much debate about how she died – whether it was due to her illness or suicide – she was someone who lived life on her own terms, and to the best of her ability.

“I hope the exit is joyful — and I hope never to return.” – Frida Kahlo

For more of her work, please check out the Frida Kahlo Foundation.

Are You Depressed, Or Is Something Else The Problem? 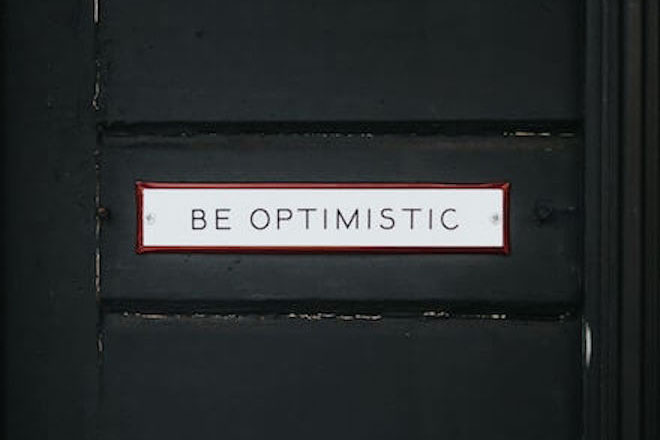 Read More
Published on: 01 Nov 2018
If a friend suffers from mental illness, wanting to help or offer supportive words is understandable. Seeing someone… 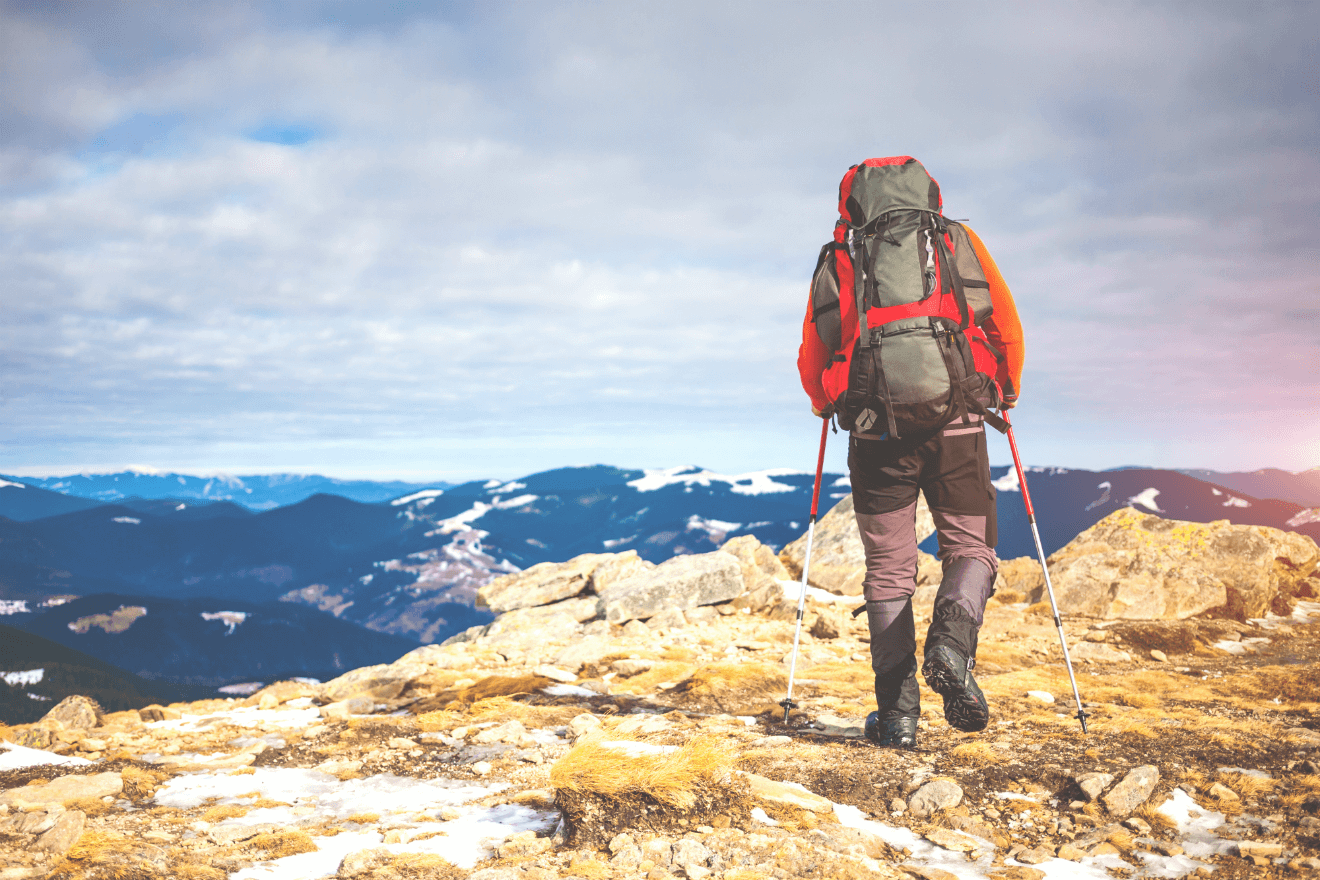 Read More
Published on: 08 Dec 2017
This piece was first published on The Good Men Project, a publication that offers enlightened masculinity and stories… 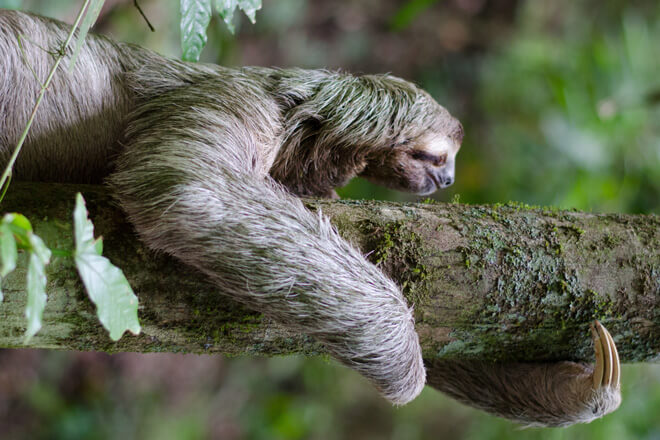