This Holiday Season, Can We Heal The Relationship Wounds of Politics?

The euphoria was contagious. Car horns clamored through Brooklyn. Under the arch in Grand Army Plaza, brass bands spontaneously serenaded dancing crowds. My neighbors shrieked, and from building to building, the city echoed with cheers: Joe Biden had been elected President.

I was happy — most of all, to see others’ joy. But I was also worried about everything the election results didn’t automatically fix. What about the farm workers still risking illness without hazard pay, the burned-out nurses facing another COVID wave, the racial justice protestors facing draconian charges, and the children of immigrants who still haven’t been reunited with their parents?

And what about our most intimate relationships? Political division isn’t something the past few years of American politics created; it is, rather, something recent events have merely exacerbated and revealed. Differences in political opinion with our loved ones go deeper than mere politics, and deeper than the past few years. Instead, they often implicate our most dearly and deeply held values, our sense of self and dignity, and the standards we hold in our communities and relationships.

When the car horns fade and the peaceful transition of power begins, how can we heal the wounds inflicted by political division on our relationships? And — perhaps more importantly — should we? I spoke to Talkspace therapist Rachel O’Neill, Ph.D, LPCC-S, to find out.

One thing is for certain: our ideological disagreements with those closest to us are rarely “just” politics. “It is a privilege to be a single issue voter,” said O’Neill. In her therapeutic practice, she works with many marginalized people who disproportionately experience the effects policy has on their lives. For the people most vulnerable to the actions (or inactions) of our government, it’s impossible to dismiss policy as an intellectual debate.

That’s why, when our loved ones hold beliefs that go against what we perceive to be our basic rights, it can be deeply painful. “I work pretty extensively with folks in the LGBTQIA+ community, many of whom have at least one relative or loved one whose political affiliations directly posed a threat to their well-being and existence,” said O’Neill.

In an already-hostile political climate, these interpersonal tensions can cut deep, adding to the stress of being a marginalized person in the world. That’s a sense of betrayal that can linger far beyond the results of one election — systemic problems like racism and transphobia don’t just disappear when administrations change.

If you have loved ones whose political beliefs have been difficult, harmful, or invalidating to you, it’s important to remember one central tenet: your dignity and safety matters. You deserve to have relationships that support and uplift you, with people who understand the way their opinions impact your safety.

In contrast, denying the existence of systemic racism, when your loved one is a person of color; or insisting on using the wrong pronouns for a trans person, can be actively harmful. “This is not a difference of opinion. Rather, it is denying the basic human existence of another group of individuals,” said O’Neill.

Pain is stubborn. As much as we try to push it down, it always finds a way to swim back up. Yet calls for civility and reconciliation often make the fatal mistake of ignoring the deep and genuine reality of pain.

We always have the right to choose relationships that are healthy for us, and to take space from those that aren’t. We can’t just will ourselves into reconciling with loved ones we have become estranged from, and it’s not healthy to try. Instead, said O’Neill, if we’ve felt wounded by the political opinions of our loved ones, it’s important to validate our own feelings.

“The first step is really acknowledging that the grief is there,” said O’Neill. If we have lost relationships because of political conflicts, or we’ve grown distant from loved ones, it’s important to feel the ache of that distance. “Finding ways to accept that pain — without trying to push it away or escape it — is usually the first step of beginning to process it,” said O’Neill.

It can be difficult, but necessary, to simply sit with your pain without pressuring yourself to make a decision over the future of the relationship. If you decide it’s better to maintain distance from this person, you’ll need that internal healing. If you decide to reconcile with this person, it will help to have reached an internal awareness of your feelings and boundaries.

We can’t heal relationships if we’re not first healing ourselves. That can often mean taking time and space away from a painful relationship or a painful fight to allow ourselves to feel our feelings. In the midst of such a turbulent time, self-care is an especially important prerequisite to building healthy relationships with each other.

If you had a big blowout fight with, or simply experienced greater distance from a loved one around the election, give yourself (and them) time. “It’s not always easy to come back from these arguments and it often takes time and reflection,” said O’Neill. The pressure to immediately “make things right” can be overwhelming, but trying to heal a relationship when feelings are still raw can often do more harm than good.

Taking space also allows you to decide whether you want this relationship back in your life, and on what terms. When you are feeling cooler-headed, you can begin to set some intentions for how you want to interact with this person going forward. “Getting some space from the situation can be a good first step, followed by beginning to open the lines of communication and exploring ways to heal some of those divides,” said O’Neill.

If you decide you want to talk things over with the person you had conflict with, it’s important to approach that conversation with intentionality and a strong sense of self. When we don’t engage in a thoughtful and deliberate manner, we risk going back to old patterns of behavior and reopening old wounds.

Before reaching out to your loved ones, be sure of what your goals for the conversation are. These can include immediate goals — “I want to have a conversation with Dad that doesn’t end with shouting” — and long-term goals — “I would like Dad to acknowledge my partner and include us at holidays.”

It’s important to set smaller, more achievable short-term goals as well as “dream” goals, because ultimately, you can’t control what the other person does, and ambitious goals can lead to impatience and disappointment. “It is unlikely that anything may have changed in terms of the divide between your political views, and the political views of the other person,” said O’Neill. “As such, how can you work to resolve the conflict knowing that you will likely still be on opposite sides of the political spectrum?”

Short-term goals can give you concrete ways to acknowledge the real progress you are making, even when it feels daunting or unresolvable.

Once you’ve set your own goals, you can also set some boundaries for yourself as you head into a conversation. Ask yourself: “What are some of the non-negotiable areas of conversation?” O’Neill advises. If, for example, you have asked your parents multiple times to use the correct pronouns for you, and that is non-negotiable, you may decide to exit the conversation if they don’t respect that. “Be clear about the nature of your relationship with them, and what you will, and won’t discuss,” said O’Neill.

When you do approach your loved ones, “I think the first step is acknowledging the divide,” said O’Neill. Verbally acknowledging that things have been tense allows you to start from a place of genuineness.

You can also use some basic active listening and nonviolent communication tools. This can include setting agreements at the beginning of the conversation. Common agreements include:

It can feel weird or awkward to draw up agreements for a family or friend conversation, but it can also encourage healthy communication. However, if you don’t feel comfortable articulating these agreements — for example, you feel that a family member would mock your attempts — you can choose to practice them for yourself without sharing your terms with others. By modeling mindful communication, we in turn indicate the respect that we would like to receive.

Like so much of life, these days, our relationships may look different than we hoped or expected. But different isn’t necessarily a bad thing. When we stop holding on to how we thought our lives were supposed to look, we can begin to experience things as they truly are — good and bad, euphoric and unbearable.

That includes, said O’Neill, letting go of our preconceptions about reconciliation and forgiveness. “While forgiveness can be helpful in some cases, you do not have an obligation to forgive,” said O’Neill. Forgiveness can be a beautiful thing, but only when we have truly had the space and recognition — whether from ourselves or from the other person, preferably both — to acknowledge the harm and heal.

True forgiveness, according to one of my favorite relationship experts, Natalie Lue, means forgiving ourselves and having better boundaries going forward — regardless of how the other person chooses to behave. O’Neill echoes this advice. “Sometimes, moving on means letting go of the sense of obligation that you may feel.” That could mean no longer having a relationship with that loved one. Or, it may mean adjusting your boundaries with that loved one so you can relate to them in a way that feels healthy and sustainable for you.

Whatever your choice, remember that reconciliation isn’t something we need anybody else to do for us. It is something that we can do by respecting our own dignity, and making peace with ourselves, in our hearts. Any choice that you make about the relationship will then be a reflection of the respect you deserve.

Navigating Fear and Dread During the COVID-19 Pandemic 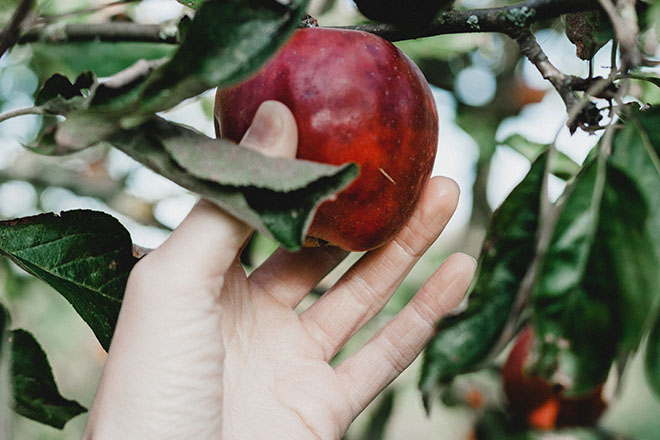 Clinically Reviewed by Jill E. Daino, LCSW-R
All relationships have bumps in the road, but when your relationship becomes more bump than road, it may… 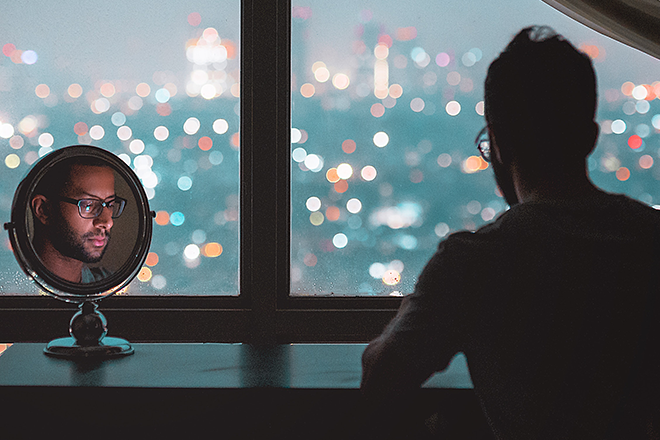 Read More
Published on: 14 Feb 2019
If someone told me that the most important relationship I’ll ever have is my relationship with myself, I… 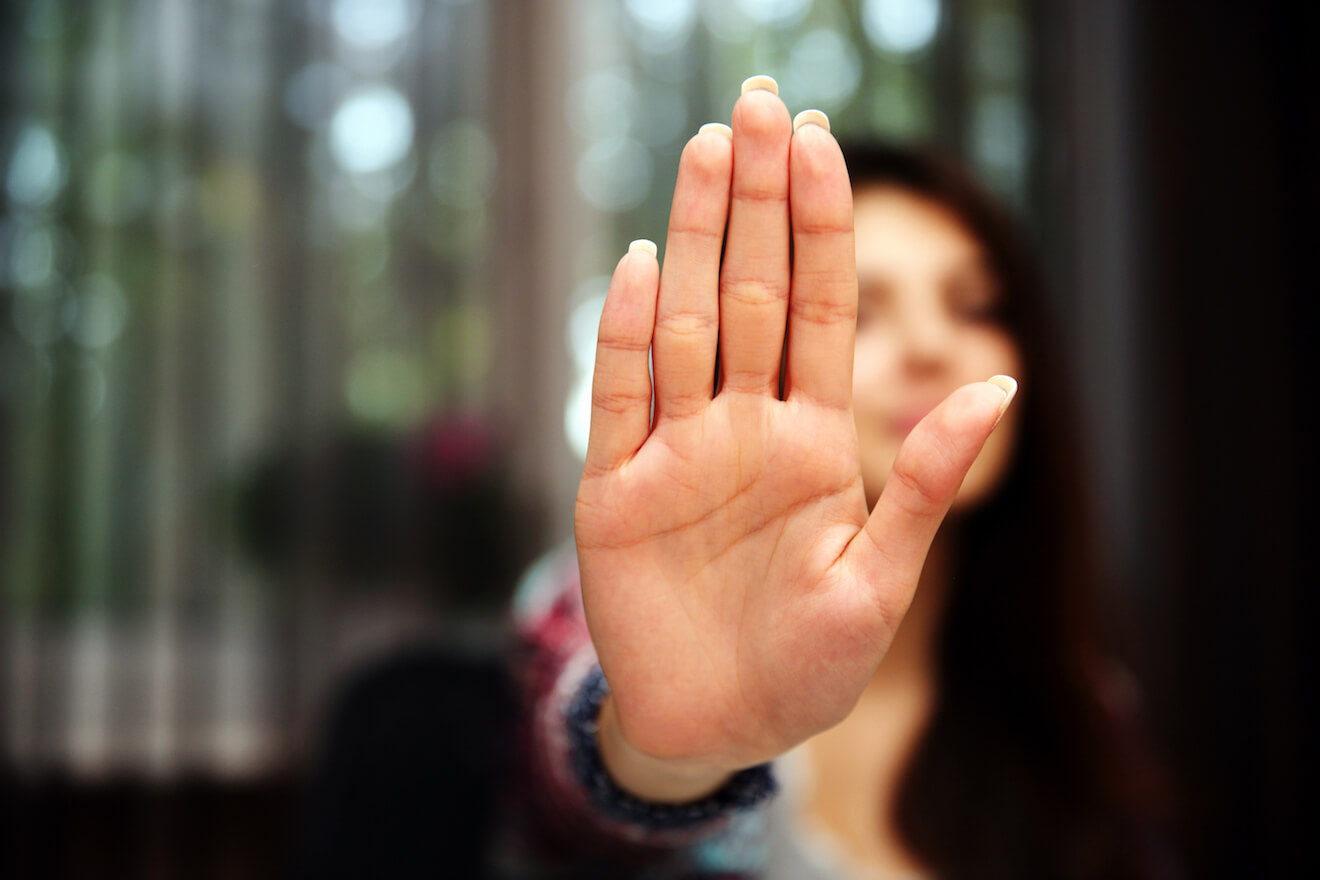 Read More
Published on: 08 Feb 2018
“Love does not consist in gazing at each other, but in looking outward together in the same direction.”…