Psychopath, sociopath, narcissist — these are words we sometimes throw around when talking about people who have difficult personalities or have been harmful to us in some way. Many of my clients, for example, have used these terms to describe their exes or people they don’t like. It’s often used in a pejorative sense.

But what does all of that really mean? The differences are more nuanced and complicated than you may think.

To understand these labels better, we need to first discuss what the basis is for understanding a person’s character or personality. A personality is a cluster of traits that makes up a person’s essence or “feel.” It’s how they interact with the world around them.

There are many theories that therapists and the psychological community have created to understand the psychology of personality. The prevailing perspective on personality theory is called the “The Big Five,” otherwise known as the Five Factor Theory of Personality.

The Five Factor Theory of Personality is best known by the acronym OCEAN that stands for openness, conscientiousness, extroversion, agreeableness, and neuroticism. The theory suggests all personalities primarily exist on a continuum in each of these areas. For example, you can be high on openness, which means you often seek out new experiences. Or you can be low on openness, which means you avoid new experiences or ideas most often.

How might narcissists, psychopaths, and sociopaths stack up on this kind of personality inventory?

Narcissists might score more highly on extraversion due to the gregarious nature of their personalities but could score lower on the scales for agreeableness or openness due to their often singular view of their world. Their neuroticism might be high because those living with Narcissistic Personality Disorder tend to be preoccupied with how others view or rate them.

But aren’t we all a bit narcissistic at times? Sure. Does that mean you have Narcissistic Personality Disorder? No.

Narcissistic traits cross over into Narcissistic Personality Disorder when they reach a certain threshold. When narcissistic traits cause disruptions in one’s daily life, like damaging relationships or leading to underperforming at work, then it may be NPD. The same logic can apply, to some extent, for the characteristics we commonly think of as being associated with psychopaths or sociopaths, such as high individualism, self-centeredness, lack of desire, and respect of rules and social norms, etc.

There are times in all our lives when we break those norms, but that doesn’t mean we are psychopaths or sociopaths. Being aggressive or self-serving isn’t a clinical diagnosis.

When a specific cluster of those traits reaches a certain threshold, then you might consider their personality to be psychopathic or sociopathic, or otherwise disordered. Those terms do not represent an actual diagnosis, though, according to the Diagnostic and Statistical Manual of Mental Disorders [DSM].

Those who are sociopathic or psychopathic may fit more closely with the mental disorder categorized as Antisocial Personality Disorder [APD]. This condition is most often characterized by low empathy and a general “pattern of disregard for, and violation of, the rights of others.” Generally this means that those living with APD demonstrate a failure to conform to expected social norms, laws and rules, generally lack remorse and may often be seen as being irresponsible, irritable, aggressive, and impulsive in their behaviors.

If you consider the The Big Five in relation to someone who is highly sociopathic or psychopathic, you might imagine they would score in the low ranges on dimensions such as conscientiousness (reliable and self disciplined) and agreeableness (being modest and kind).

The reality is that only about 1% of the US population meets the criteria for Antisocial Personality Disorder in a year. My clients’ exes probably do not fit the actual criteria. But that doesn’t mean they are any less culpable for their problematic behavior. In reality, we recognize that most of us inhabit these various traits on a continuum, as The Big Five suggests.

Maybe our exes have called us psychopaths. Who knows?

Using terms like “sociopath” or “psychopath” or “narcissist” as digs for someone who has caused us pain may not be entirely accurate objectively, and might be doing a great disservice to the people who do live with clinical conditions like Antisocial Personality Disorder or Narcissistic Personality Disorder.

There is still a lot to be learned about these traits and the select few who embody the truest clinical expressions of sociopathy, psychopathy, or narcissism. In the meantime, we can all serve ourselves better by looking at people in our lives and their behaviors to understand their impact on our lives. That’s where the real healing begins. 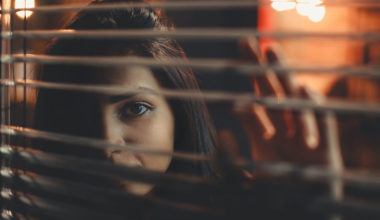 Clinically Reviewed by Ashley Ertel, LCSW, BCD
Impacting between 2-4% of the population, paranoid personality disorder (PPD) is a group of conditions that involve odd…

Read More
Published on: 26 Sep 2017
Ben learns he is not allowed to take personal calls during business hours at his new job at… 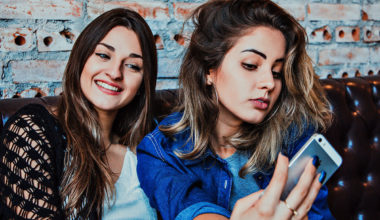 Clinically Reviewed by Jill E. Daino, LCSW-R
Updated on 1/28/21 It’s often said that there’s a fine line between being confident…and being cocky. We admire…