Loss of a Pet: How to Cope With the Death of Your Animal Friend

If you share your life with animals, it’s easy to think of them as part of the family — like the cat who occupies my desk whenever I’m working, patiently waiting for me to take a break and play. Dogs were domesticated nearly 14,000 years ago as working animals but undoubtedly developed a role as pets at the same time, while cats appear to have domesticated themselves multiple times, possibly as early as the Neolithic era. Sixty-eight percent of households keep animals, including not just cats and dogs but rats, hamsters, rabbits, fish, horses, and more.

But with the benefits of pets comes an inevitable dark side: What happens when the beloved animals who have become important parts of our lives pass away, leaving us with urns on our desks instead of warm bodies?

Letting the risk of loss dictate life decisions can be a grim way to live, though, especially when keeping pets can come with ample rewards, including a range of quality of life improvements for people who keep animals in their lives. Lori Kogan, a professor at Colorado State University who focuses on human-animal interaction, told Talkspace these benefits shouldn’t be understated. “There’s growing support for the idea that there’s a bevy of benefits to pet ownership.”

That starts with physical benefits, and not just the merits of being forced to stretch your legs and go outside for a walk with your dog. In one study, for example, researchers found that teens with diabetes were better able to control their health when they cared for fish — they theorized that this may be because caring for an animal prompted better personal habits when it came to monitoring their glucose. Similarly, in some cases, having pets in childhood appears to reduce the risk of asthma. The CDC states that pets can reduce blood pressure, cholesterol, and triglycerides.

“Animals can be a tremendous source of psychological support,” said Kogan. Keeping a pet can, for some, be literally lifesaving: A reason to get up in the morning, to eat, to get moving. Dolly Parton once commented that her dog Popeye saved her life when she was in the depths of despair; while contemplating suicide, she heard him racing up the stairs, and rethought her decision.

Having pets around can be beneficial for some people with developmental, intellectual, or cognitive disabilities — they may increase self-confidence or act as social buffers to make people more comfortable. Likewise, older adults may derive important companionship from beloved pets, as aging can cause isolation; that’s one reason Kagan works to keep pets and seniors together, as surrendering a pet due to inability to afford or manage care can be devastating.

Preparing for the loss of a pet

Unfortunately, the life spans of most of the animals we welcome into our homes are significantly shorter than our own — except for fortunate tortoise and parrot owners. Whether in seven, 14, or 21 years, people who adopt rabbits, dogs, or horses will eventually face the end of an animal’s life, an experience can that be traumatic and, Kogan said, sometimes alienating.

“For many people, that grief is just as real and palpable as any other family member or close friend. Often, it’s a kind of disenfranchised grief because it’s not recognized or supported.” Many people who’ve lost pets are familiar with attitudes like “why can’t you just get over it?” And “you can always just get another one.” They may struggle to express themselves and feel like it’s not acceptable to show that they’re grieving. For parents dealing with their own emotions while supporting children through the experience of what may be the first death of someone beloved and close to them, the death of a pet can be even more complicated.

Pets and humans tend to die in very different ways — euthanasia is a common outcome for pets, allowing people to feel more of a measure of control in the face of pain and suffering. Frank counseling from a veterinarian can also help people explore anticipatory grief, preparing for death rather than being taken by surprise. Unfortunately, veterinarians aren’t always good at having these challenging conversations, as Kogan has found in her research.

“I’ve talked to a lot of people who are really surprised when they grieve stronger or more over the death of an animal than the death of a family member,” said Kogan. “They feel really guilty about that. I tell them our relationship with our animals tends to be pretty pure. It’s a loving relationship, period. Our relationships with our family members tend not to be that pure.” The death of a pet may also bring up emotions associated with prior losses, creating a complicated reaction that’s bigger than burying Fido.

As when much beloved humans die, individual reactions to the death of a pet can be highly varied. Kogan said some people may experience extremely intense, lasting grief. Others may adopt a new pet almost immediately, sometimes because anticipatory grief allowed them to process many of their feelings prior to the death. Grief may be complicated by feelings of guilt, especially in cases where people decide to euthanize their pets.

There’s nothing unhealthy about grief — it’s a natural reaction to a significant life event. The stages of grief don’t always come in perfect order, and sometimes loop back on themselves, and this doesn’t mean that someone is grieving “incorrectly.” Just because it’s not pathological, though, doesn’t mean that people can’t benefit from counseling or support groups, spending time with people who share their experience and have recommendations for coping tactics. Similarly, therapy can help people think through their experience and process it in a safe environment, moving forward — but not necessarily moving on.

However, there are instances in which grief can become debilitating, making it impossible to function. Grief may affect relationships, make it difficult to go to work, or leave people with a feeling of being “stuck,” rather than moving forward. In children, difficulty with grief can sometimes manifest as acting out, or experiencing significant behavioral changes. In these cases, there are lots of counseling options available to help.

Solutions for coping with the loss of a pet

A number of veterinary schools run pet loss hotlines, providing a space for people to call and talk with an empathetic person familiar with these issues. People can also attend individual or group therapy, or visit support groups, to develop healthy coping skills and work through their grief. Just as grief itself is highly individual, so is counseling; one therapist may be an excellent fit for one person but not another, and if a therapeutic relationship doesn’t feel like it’s working well, people can explore referrals to other therapists. Finding someone who specializes in grief counseling, especially if they have experience with pet loss, can be particularly beneficial.

For those struggling to support — or understand — someone coping with the loss of a pet, Kogan said, it’s best to “meet people where they are.” That may include supporting people with a memorial or other event to commemorate, or simply making a point of spending time together; inviting someone out for tea, or stopping by their house with a present. Something like photographs or a favorite story about the deceased pet can be comforting.

Simply acknowledging that the loss of a pet can be traumatic can also be beneficial, affirming that it’s okay to experience sorrow. And, whatever you do, don’t ask when they’re “getting another one.”

A Day in the Life of a Talkspace Therapist: Melissa Moreno

What is Schizoid Personality Disorder? Defining, Understanding, and Treating SPD 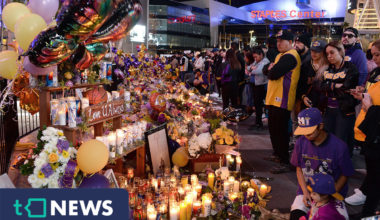 Read More
When a public tragedy happens, its impact can be felt in a variety of ways. Often these effects… 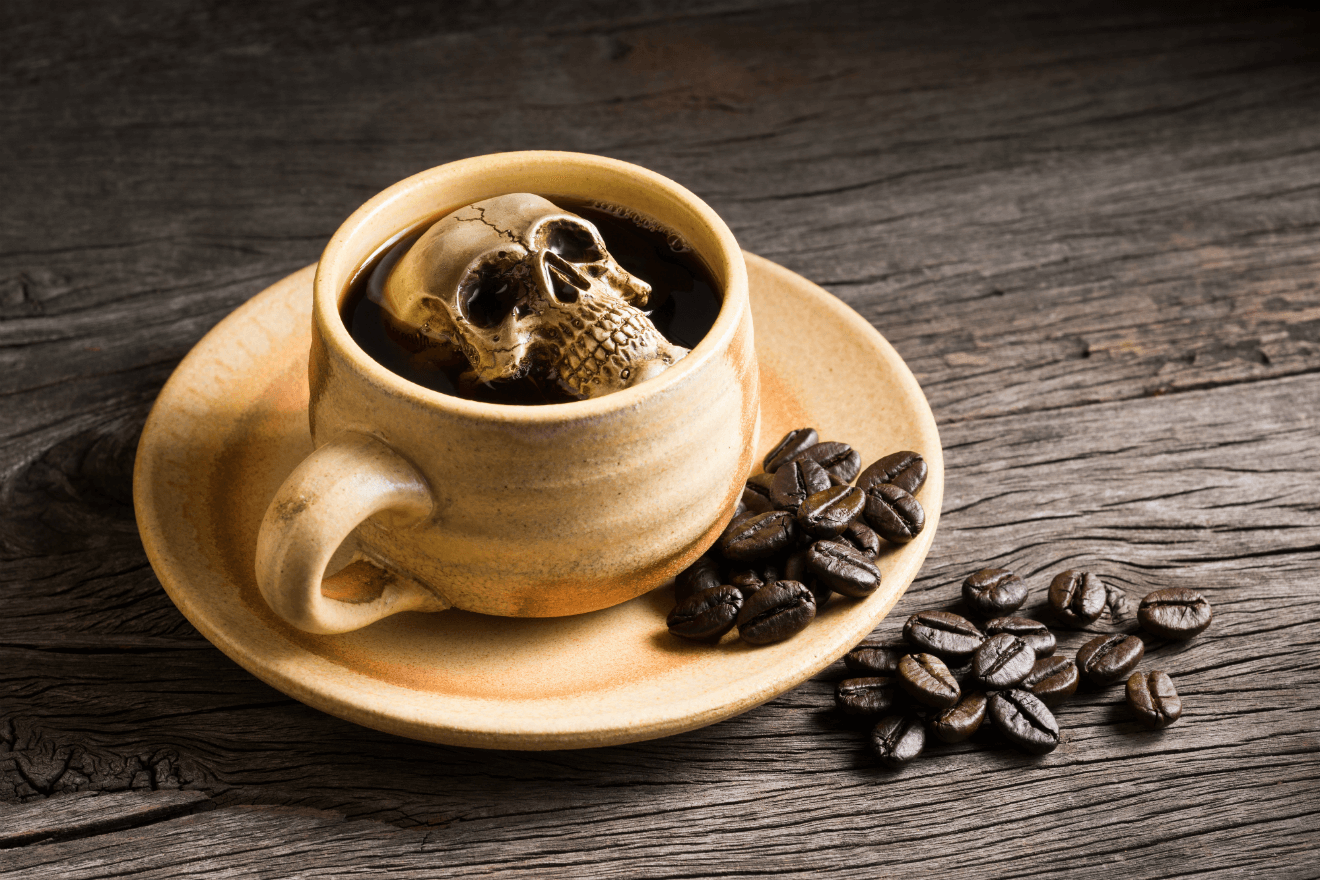 Read More
Sprinting down a crowded New York street is inherently cinematic. More than once, I’ve imagined myself on the… 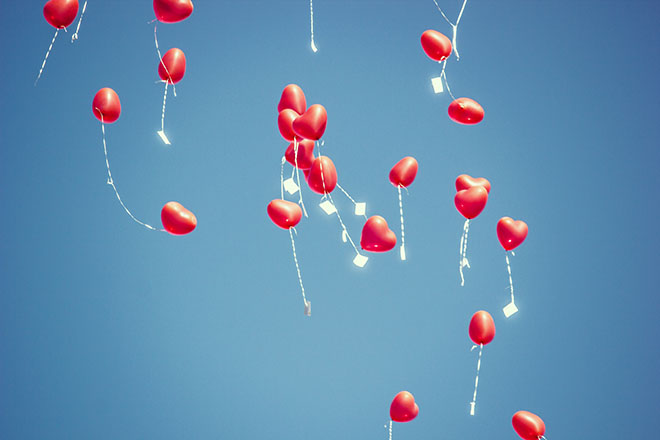 Read More
Dear Talkspace Readers, Because we at Talkspace are so often touched by mental health issues directly, it can…