My wife is sick. Stage Four sick. I must hurry home and relieve her parents who have been caring for her since I left for work at 9 a.m. and for our three-year old son since his pre-school day ended at 2 p.m. It is 6:30 p.m., but I am not rushing through the front door.

Instead, I am lying on a massage table in the back room of our local nail salon, trying not to audibly cry as my masseuse works on the knot under my right shoulder blade. The knot is excruciating, but that is not why my tears soak the paper cover of the table. I do not know her name, but I do know that she always works on Tuesday nights and I know this as well— she does not tie back her thick dark hair. My wife had thick dark hair before the chemo.

I cannot define this desire; this deep longing for another woman’s hair to tickle my back. Is this a form of adultery? Of exploitation? To pay a thick-haired stranger to soothe me in this way? Do I take advantage of my wife’s parents? Do I neglect my son who is scared and sad and needs me to come home? Because I will be late. I will blame my boss or the subway or the rain before I cop to this 20-minute reprieve. I am ashamed. I am defiant. But I know what I need.

She died on May 15, 2012. Ten days before her 52nd birthday. The last time we made love was Valentine’s day 2011. Four months before her diagnosis. Uterine cancer. It explained a lot about her increasing lack of interest in sex. I didn’t just feel guilty about the shit I had given her about not “wanting” me— I tortured myself. There was now a loop in my brain of her saying, “I just haven’t felt like myself lately.” In what ways did that Valentine’s Day lovemaking cost her? She had strewn the apartment with rose petals and bought a bouquet for our boy to hand me when I walked in the door. I now know that we had sex that night only for me and not for her at all. Was she okay with that? Am I?

“I don’t want to offend you.” I type into Facebook Messenger. “I don’t even know if you’re seeing someone. But I feel like we have a spark and I really need to have sex.”

It had only been three months since she died. I used to love our family weekends together, but now I spent weekends fighting the urge to crawl back into bed and sleep forever. My son and I held on tight, but couldn’t quite face each other. He was acting out and he was left out: suddenly not invited to friends’ birthday parties, shunned by the children in our community garden, reprimanded by his teachers and separated from the other kids in the pre-school where he had gone from being the cool, goofy boy with two moms to the difficult kid with one dead mother and another who walked around like a zombie.

We had no break from each other’s grief.

Yet, part of me kept thinking, “I can totally have sex now!”

I’d been with many men before I met her. It was my young body’s perpetual quest for the elusive complete experience. I finally found that completion (the magic equation of genuine arousal plus true intimacy) when I fell in love with a woman. I thought I finally knew who I was. I loved being a lesbian. I never looked back.

Now I found myself lunching with Alice,* one of my wife’s best friends and a die-hard sapphist with no sexual experience of men. I told her I was seriously considering propositioning this ex-boyfriend with whom, after years of no contact, I found myself Facebook flirting. “If I were you,” she said, “I’d definitely pick a man.” Permission granted as far as I was concerned. Desperation often makes for a simplistic world view.

“I’m not offended,” Brian, the ex, writes back, “I’m not seeing anyone. And now I have an erection.” I blush and laugh. It feels so human to want and be wanted.

I hired a babysitter. I booked a hotel room. I pushed back against feelings of adulterous shame and of wasting my money and “abandoning” my child, with the same ferocious defiance that had propelled me to the nail salon on Tuesday nights.

I had taken a bus out to the little town where he worked backstage at a Summer stock theatre and where I had to sit through a terrible production of Barefoot in the Park before heading for the hotel. I spent the first act critiquing the leads who had no sexual chemistry. The “odd couple” premise of the play does not work unless the central characters are super-hot for each other. Was I super-hot for Brian? I couldn’t tell anymore. At that point, my strongest urge was to get it over with.

At intermission and all through Act II the only thing I wanted to do was call my wife. She and I had always checked in multiple times during the day to report on some random quirky detail of life. This particular situation was quirky but not at all random. I had created it. Why?

When we knew she was dying she told me she wanted me to find someone to love, but I don’t think she ever envisioned me in a depressing hotel room in rural Pennsylvania with, as she would have put it, “some dude.” If the sex had been good that night I probably would have thanked Brian and moved on. It seemed wrong to have rough, male hands on my body. I did not know how to touch him. Intercourse felt like losing my virginity all over again. So, I continued to meet and touch and seek again the complete experience.

As things got better between us physically I sunk deeper into depressive inertia. He wanted it all with me and that was the last thing I wanted. At night, I would put my son to bed then sob uncontrollably in the shower, longing for my wife to show me a sign, then emerge scrubbed clean and cried out. I would take Brian in my bed then kick him out when we were finished. I did not want my son to find him there. I could not bear to fall asleep together.

I wish I could say the ending was clean. I wish I could say I was not unkind. But the older I get the more I am convinced that endings tend to be messy and cruel. So many of us messy humans find the courage to leave the wrong relationship only after we’ve had a taste of a right one.

For me, that taste came in the beautiful form of one of my oldest and dearest friends who, after years of being my exacting writing buddy and insightful confidante, after decades of us trusting and wanting the best for each other, proposed that we come together and express our feelings sexually.

The first time I was nervous but not terrified. I somehow knew the encounter would be complete. Our middle-aged bodies fit together perfectly as we shared kisses and laughter and later, a holy communion of knowing and being known. I did not once feel the urge to call my wife, but I did need to talk about her. And talk we did. And listen. And touch. And make love. And talk again. This friend, this man (yes, man) knows grief and loss. He knows his own and he understands mine. And our bodies heal each other again and again.

So, am I still a lesbian? Bisexual? I don’t know what I am. But I know who I am. I am a widow. And I am in love. As I strive to understand it all, my sexuality has evolved from being my defiant, shameful secret, to my strong and loyal ally.

Gretchen M. Michelfeld’s feature film, As Good As You, is now available on iTunes.

* All names have been changed.

Can Childhood Traumas Cause Panic Disorder? 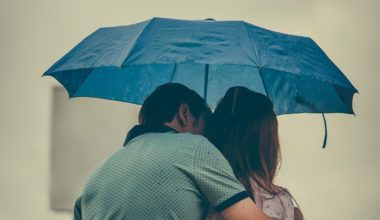 Clinically Reviewed by Rachel O'Neill, Ph.D., LPCC-S
A few years ago, my boyfriend broke up with me because of my mental illness. To be more… 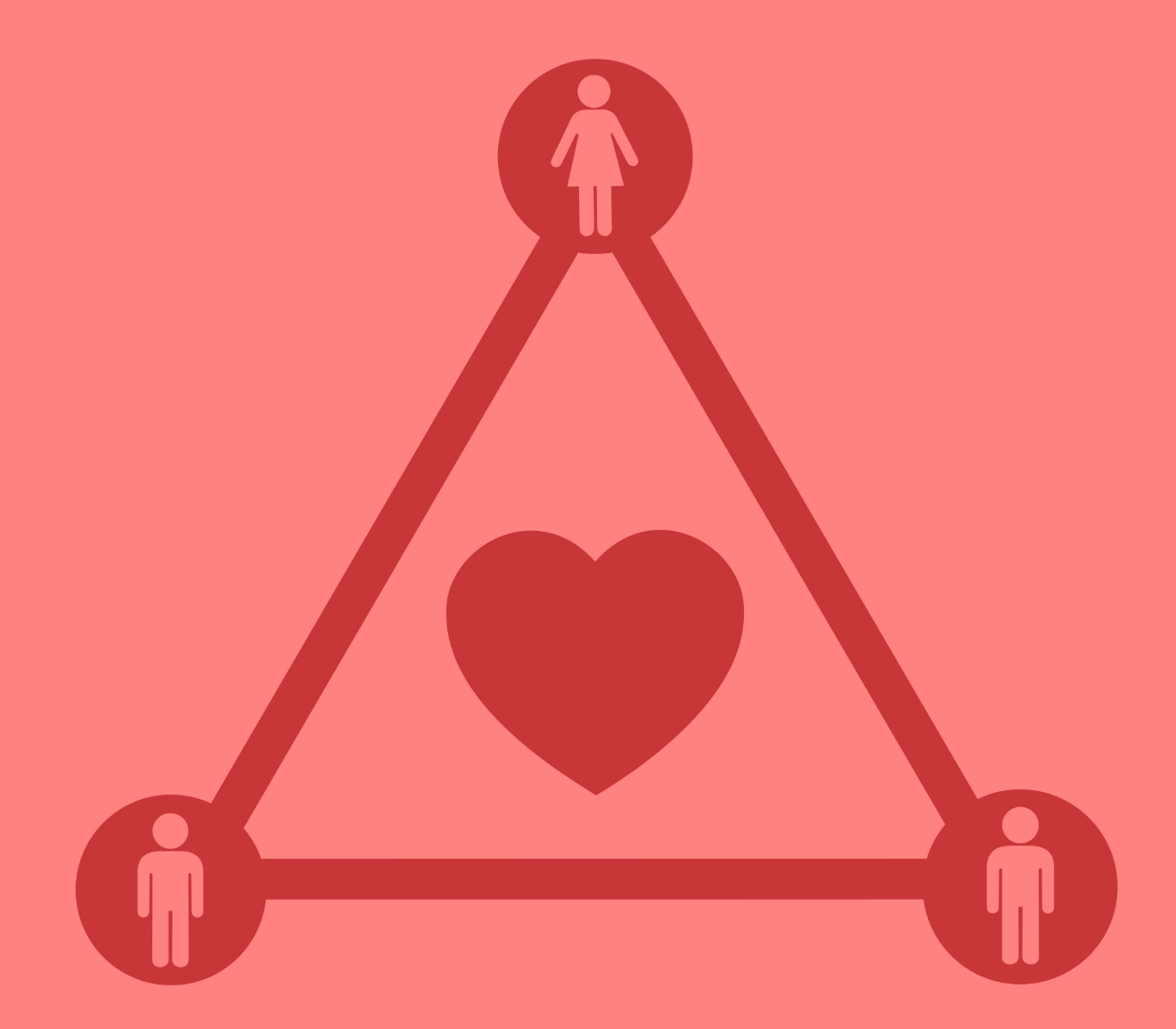 Read More
Published on: 27 Dec 2017
I’m not so hot on monogamy. It’s always been strange to me that society decides one way of…