Not Our First Pandemic: The View From a Long-Term HIV Survivor

We have all been forced to adapt to a new world in the time of COVID-19, learning how to cope with unforeseeable anxieties, fears, and uncertainty. As a person who lived through the earliest years of the AIDS epidemic, I have experienced a sense of deja vu, an uprooting of buried traumas from the past. If I were to be able to combat them, I knew that I would need to identify these unnerving feelings in order to not remain totally immobilized.

Looking for a LGBTQIA+ affirmative therapist? Find an experienced therapist and sign up today.

I belong to a community of HIV long-term survivors, those who acquired the virus prior to 1996, the year when the first viable treatment became available and changed the face of the AIDS epidemic. Living through the AIDS epidemic has given us certain coping skills, precisely because we have been through something like this before. This, after all, is not our first pandemic.

As COVID-19 began to become a reality in the U.S. in early March, I began to feel the old familiar feelings of dread, anxiety, and foreboding.

In the front of everyone’s mind was: how is this virus spread?

Even before a virus was discovered as the causal agent for AIDS in 1985, epidemiologists knew that transmission occurred mainly through semen-to-blood and blood-to-blood contact. But in the U.S., the general public still believed that the so-called “victims” were members of what was pejoratively referred to by some as the “4 H club”: homosexuals, heroin users, hemophiliacs, and Haitians.

The death of actor Rock Hudson in 1985 catapulted the disease into the public consciousness. I worked at that time for the New York Health Department’s AIDS Hotline. Seemingly overnight, following Hudson’s death, the hotline phones began to ring non-stop, with calls expressing the fear of transmission from mosquitos, swimming pools, sharing utensils, and kissing, along with myriad outlandish scenarios concocted by a frantic public. We called these low-risk callers “The Worried Well.” But, for the first time since the disease was termed “Gay Cancer” in the New York Times in 1982, the general public began to pay closer attention.

We have experienced a similar trajectory with COVID-19. In just a few months, medical professionals have placed less emphasis on infection through surface touch, and more on face-covering, hand-sanitizing, and social distancing. But there is still so much uncertainty about this new virus and, like HIV, scientific knowledge will continue to shift with time.

Ronald Reagan, indebted to the conversative movement that helped elect him, particularly the Moral Majority and the Christian Coalition, refused to even mention the word “AIDS” in a public speech until 1987. By that time, 28,000 Americans had died from AIDS-related illnesses.

Reagan failed to respond while the body count climbed, whereas Trump actively dissembles, denying science and actively promoting risky behaviors — epidemiologists fear that his recent rally in Tulsa, though so much smaller than anticipated, could nonetheless become a “superspreader event.” Both leaders bear responsibility for the rapid spread of the respective viruses in the U.S. and perhaps other countries, too.

During the AIDS epidemic, men and women in high-risk categories were often shunned if they were even just perceived to have a sign of illness: a gaunt look, a pimple, a cough.

On the streets of New York, I feel the awareness of those around me: Who is wearing a mask and who is not? Where is that cough coming from? Did that person just touch that apple at the grocery store?

I have seen the phenomenon of “mask shaming” take a complete 360 degree turn. In the last weeks of March, in a nearly deserted Manhattan, I was wearing a mask, but not everyone on the street was doing the same. I felt that I was an oddity; I even had a friend who asked me, at that time, if I was one of those people who was “paranoid about the virus.”

Just one month later, 95% of the people I saw on the street were wearing masks. Then, around the end of May, as the curve of infection began to drop and the weather began to get warmer, the masks began to drop, as well. Those with masks began to feel hostility towards the maskless. I was one whose patience wore thin. I got into a confrontation with a woman in my apartment building who thought she was going to join me in an elevator, sans mask. She thought wrong.

Masks have also complicated communication; there may be trepidation and distrust when no one can see your expression. I am learning how to “schmize” better.

Whie it has been helpful for me to recognize the familiar commonalities between the two pandemics, it has also helped me to realize the vast differences — particularly in the modes of transmission, and in the demonizing of groups of individuals. Because of our President’s insistence of calling it the “Chinese virus” (even though it was introduced to the east coast via Europe), COVID-19 has certainly unhelpfully and wrongfully stigmatized the Asian-American community. But, by and large, infected individuals do not experience the separation, shaming, and stigmatization towards those perceived to be in the highest risk groups as during the early years of AIDS.

What Can I Control?

I remain vigilant in my caution. Though I have repeatedly tested negative for the COVID-19 virus, as well as for the antibodies, I am 62, diabetic, and have multiple underlying health concerns.

When I feel emotionally triggered by the old feelings of dread and despair, I try and remember: now is not then. This is not that virus. Despite the political manipulation by the current Administration, scientists are working on a vaccine, and, as New York and other states have proven, infection rates can, indeed, plummet when we are vigilant, seriously, and adaptive.

We can control much of what we may feel is uncontrollable, by learning the scientific facts of this virus, as we know them, and acting on those facts within our comfort level. At the beginning of the COVID-19 crisis in New York, I was wiping down every piece of mail, every delivery box, every surface, and wearing gloves in the grocery store. Now, I feel comfortable in public wearing a mask, keeping my hands sanitized, and maintaining social distancing.

It is up to each individual to decide what is right for them. I will probably continue to wear a mask until there is a vaccine. But being a long-term HIV survivor has taught me, if nothing else, to be adaptable.

I can only offer what has worked for me: Getting outside. Exercising. Having social distancing cocktail parties. Calling old friends. Zooming with new ones.

We are in this for the long haul. We must learn to enjoy life in a different way, in this strange, new world.

Survivors of the AIDS epidemic of the 1980s and 90s have been through this before, in some ways that are frighteningly similar. And we made it to the other side, albeit bruised and battered and with so many lost. With a combination of cautious optimism and tenacious resolve, we will make it through this, as well — hopefully with more of our brothers and sisters alive.

Bruce Ward has been writing about the AIDS epidemic since its inception, and his recently completed memoir chronicles the early years. His play, Lazarus Syndrome, and solo play, Decade: Life in the ’80s, have been produced throughout the U.S. Bruce is the drama editor and a contributing writer for A&U magazine.

Managing Anxiety About Going Back to Work 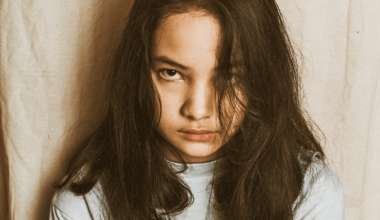 Read More
Published on: 19 Oct 2020
People of all ages are experiencing the mental health toll of COVID-19, but young adults, in particular, seem… 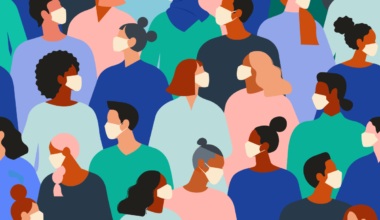 Clinically Reviewed by Reshawna Chapple, PhD, LCSW
At the end of December 2019, the government in Wuhan, China, confirmed the detection of a new disease… 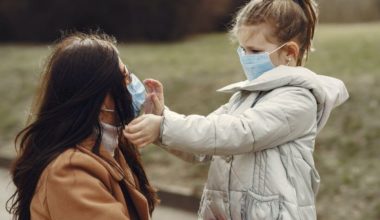 Clinically Reviewed by Jill E. Daino, LCSW-R
The beginning of the school year usually brings a mixture of excitement, anxiety and uncertainty. This school year…