Understanding the differences when it comes to a panic attack vs anxiety attack can feel confusing since so many of the symptoms are very similar. But the truth is, these are two different conditions, and there are a few key things to know about the symptoms of anxiety and panic attacks that can help you determine which you might be having.

The primary difference between panic attacks and anxiety attacks is that a panic attack generally comes on very suddenly. It’s also typically over quickly, too. An anxiety attack, however, tends to build up for a while, and it’ll most often last for a significantly longer period of time than a panic attack might.

While there are many similarities between these two common experiences — including that both will result in extreme, sometimes overwhelming feelings and emotions — there really are a number of other differences, too. In this article, we’ll take a deeper look at anxiety vs. panic attacks.

Key Differences Between Anxiety and Panic

What is the difference between anxiety and panic attacks? There are clinical differences between these two disorders that the Diagnostic and Statistical Manual of Mental Disorders (5th edition) (DSM-5) identifies. We listed some of the most common below.

If someone isn’t familiar with panic attack symptoms, they might be challenging to recognize. In fact, many people think they’re experiencing a heart attack when a panic attack comes on.

“Although both may cause dizziness, increased heart rate and palpitations, shortness of breath, or nausea, the time that the symptoms are experienced is not the same. Unexpected panic attacks may last from a few seconds to maybe 10-15 minutes. An extreme anxiety attack may last from a few minutes to several days,” states Cynthia Catchings, LCSW-S, LCSW-C, CMHIMP, EMDR

The onset of both conditions can be a determining factor on which you might be experiencing.

As noted, extreme anxiety attacks are slow to come on, and most people have multiple additional symptoms before any actual attack begins. There is also typically a specific cause or situation that sparks an anxiety attack.

Panic attacks will appear more spontaneously and suddenly. There often won’t be a slow build-up that results in the attack. Instead, they seem to come out of nowhere, so it can be difficult to pinpoint a specific cause. We should point out, despite the fact that this is how panic attacks present to most people, some studies show there actually are some precursors, including significant changes in heart rate and respiratory functions.

There are several physical symptoms that are quite similar between the two conditions. But there are also some core differences. For example, levels of intensity can vary. And because anxiety attacks usually result after a build-up, there are often more symptoms than a panic attack — which seemingly comes out of nowhere — may show.

Anxiety and panic attacks can have different duration periods. Anxiety attacks tend to last a lot longer, and because of the gradual onset of symptoms, for the person experiencing it, they can feel like they’re going on forever.

Panic attacks start and end quickly. The average panic attack lasts only about 10 minutes. Most, if not all, symptoms typically disappear as soon as the attack itself ends.

Triggers are yet one more difference between panic attacks and anxiety attacks. Triggers for anxiety attacks are most often situational. For example, if you have a fear of closed spaces, being trapped in a car wash or elevator may bring on an anxiety attack. Ultimately, anxiety attack triggers really just depend on what causes someone’s anxiety.

What Are Anxiety Attacks?

“Anxiety attack” is not an official clinical term. The latest edition of the Diagnostic and Statistical Manual of Mental Disorders [DSM-5], a book the vast majority of mental health professionals abide by, does not list it. Instead, the term “anxiety attack” is a colloquial phrase coined by people who have anxiety.

The term anxiety attack is used to describe intense or extended periods of anxiety. An attack is more overwhelming and intense than just “having“ anxiety. But it’s not as severe as a panic attack. According to her book Stop Anxiety from Stopping You, Dr. Helen Odessky notes that the term anxiety attack became more common because people started feeling like anxiety was interrupting their life. As more and more clients began using it in therapy, mental health professionals began forming a more detailed definition.

Still, while the distinction between anxiety vs. panic attacks has become clearer over time, there isn’t yet an official definition for an anxiety attack.

Some people will experience anxiety as the result of an unknown threat. Think: walking alone on a dark street at night and feeling nervous or anxious. Having an anxiety attack in this situation would not be due to a specific danger, but rather the possibility of something bad happening. Although perceived threats can bring on an anxiety attack, they can actually also be a very normal, and sometimes even helpful, response to a potentially bad situation.

Occasionally, someone may experience an anxiety attack from what begins as just a typical response to a stressful situation. The anxiety level may increase beyond just the “normal” reaction, resulting in an anxiety attack. Some of these instances could include:

There are some additional risk factors that might come into play if you have severe anxiety attacks. Chronic stress or traumatic events can result in frequent attacks. Genetics is another risk factor to be aware of. And, excessive substance abuse, caffeine consumption, or even certain medications can all bring on excessive anxiety as well.

There are both mental and physical symptoms to an anxiety attack.

Mental symptoms of an anxiety attack can include:

Physical symptoms of an anxiety attack can include:

What is a Panic Attack?

Panic attacks are easier to define because we have clinical consensus on the definition.

The official definition, according to the DSM is “A panic attack is a sudden episode of intense fear that triggers severe physical reactions when there is no real danger or apparent cause.”

Panic attacks can be triggered by similar things that anxiety attacks are. Stress, social situations, phobias, or even driving can all trigger a panic attack. Panic disorders can also result in an attack as well.

Repeatedly experiencing panic attacks can be a symptom of panic disorder. If you think you have a panic disorder, consider working with a mental health professional to alleviate some of the burdens. Seeing a therapist, whether in-person, or online, can be a good way for you to learn how to process and manage your anxiety.

Certain traumatic events can eventually cause panic disorder. Some people have developed it after witnessing sudden or graphic deaths. Witnessing an unexpected death can be so traumatic, it can make people feel like they might die in a moment, at any time, causing a panic attack.

Risk factors of panic attacks are very similar to those of anxiety attacks. They can include:

The main difference between a panic attack vs. anxiety attack can be seen when looking at the mental and physical symptoms of a panic attack.

Mental symptoms of a panic attack can include:

Physical symptoms of a panic attack are the same as what you may experience during an anxiety attack. They can include:

How to Calm Anxiety or Panic Attacks

There are a number of ways you can face anxiety or panic attacks. There are many holistic things you can do to help calm yourself down, like simple lifestyle changes, for example. Experts have many other coping techniques they can share with you too.

You can calm anxiety or panic attacks by learning to recognize the symptoms and practicing the following:

Keep in mind that there is hope; a professional can treat both issues. Remind yourself about this when you want to feel calm.

Staying informed and looking for help when you need it can create a sense of calmness and help you experience less anxiety or panic attacks in the future. You may get them, but knowing the differences between a panic attack vs. anxiety attack is the first step in being able to deal with them. You don’t have to let anxiety get the best of you — there is help available.

How can I calm my anxiety?

If you feel anxious you can try to slow your heart rate by taking deep breaths, or by slowly counting to 10. Make sure you eat well, sleep well, and limit alcohol and caffeine if you’re feeling stressed. You should also try to exercise daily and adopt habits like practicing yoga, listening to music, or meditating to support your mental health. You should try and be active in your community, volunteer work makes a great break from a stressful routine. It can also help you to journal your feelings to understand what triggers your anxiety, talking to someone helps too, be it a friend, a family member, or a therapist.

Can anxiety kill you?

Anxiety attacks are temporary and will not kill you, although the experience includes unsettling symptoms like chest pain, flushed skin, fast heart rate, and difficulty breathing, which can be terrifying. To get over an anxiety attack, you should first notice your symptoms and understand what you are experiencing. You can relieve your body by breathing through your stomach or by talking to yourself out loud, but you can also just stay in the moment and wait for it to pass. If you think your anxiety is disrupting your daily functioning, then you might want to talk to a therapist to learn more about your condition.

How do I get rid of my fear of anxiety

Anxiety can be intimidating to cope with, but it’s important to learn how to combat it. Grounding techniques can help you regulate your body and condition it to face your anxiety. These exercises include deep interval breathing, breadth-focused stretches, exercising with exertion, and meditating. They improve our mindfulness and help us stay connected, even when we’re experiencing an anxiety attack. Practicing these grounding techniques might help you feel better prepared to tackle future worries, and relieve your fear of anxiety. If you feel that your anxiety is disrupting your daily habits and relationships, you might want to consider consulting with a therapist regarding ways to cope with anxiety.

What is Operant Conditioning? 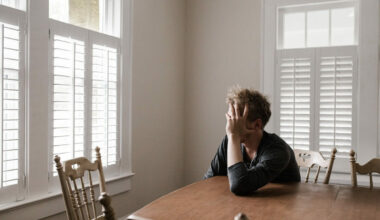 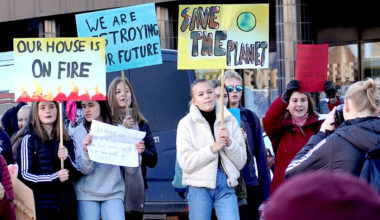