Part II: Anatomy of My Anxiety

This is the second part of an essay detailing the life of a condition — anxiety — a struggle that affects 300 million people worldwide. Part I examines the uncertainty and confusion of pre-diagnosis, but also at the difficulty of finding a workable treatment regimen and the disruption that life-transitions pose for those living with anxiety.

This, the second part, looks at the positive impact of receiving the right help and medication: the light at the end of the long, dark tunnel that is coping with depression and anxiety from early elementary into adulthood.

Making progress was (and still is) a slow, but steady process. I ended up finding a great new therapist and a psychiatrist I actually liked. This psychiatrist was the first doctor who had the not-so-radical idea of adding on a different type of drug into my regimine. Enter Lamictal (lamotrigine), a mood stabilizer, which indeed did just that.

It was hard for me to believe that something was actually working for me – my crying spells were becoming less frequent and intense! I felt more like a stable human and less like a ball of uncontrollable emotions. It was bittersweet — I was happy to be feeling somewhat normal, but upset that it’d taken so long and I’d suffered so much — how had none of my previous doctors or psychiatrists thought of adding on a different medication rather than just upping my dosage?

Aside from getting on Lamictal, another thing that made a huge difference was my work in therapy surrounding my intense phobia of throwing up (aka emetophobia). This phobia was deeply ingrained in my brain from a very young age, but it became worse as I got older. Most therapy sessions in my early 20s were focused on my emetophobia and all that surrounded it.

Ironically, what really helped me make progress with my fear was actually throwing up for the first time in years. My friend had made me an incredibly strong drink one Halloween night and before I knew it, the room was spinning and I was throwing up into a plastic bag she held out for me. I remember feeling so relieved and laughing, saying “Oh my god, that wasn’t so bad! I can’t wait to tell my therapist that I threw up and I was okay! The world didn’t end!” I even carried on with my night after that. Phobia be damned!

Getting Out of My Comfort Zone

The biggest game changer, though, was finally really getting out of my comfort zone. My friend Maddi took me with her to LA for a contest she won — and after that, everything changed. I always knew there was more out there than New York, but I’d never seen it. I’d never been brave enough to leave. Now, I’d seen it with my own eyes.

I ended up returning to California shortly after for my first solo trip, a week alone in an Airbnb. This was a HUGE deal for me! I was a far cry away from being the pathetic 6th grader who had to be picked up by mommy and daddy on an overnight field trip. I felt so strong and independent — words I never would’ve used to describe myself prior. Finally, anxiety wasn’t ruling the entirety of my existence.

At about the same time, I started “seeing” a new therapist on Talkspace, since my in-person therapist said she was going to be required to discharge me if I wasn’t going to be around consistently (I had told her I was planning on travelling to California more). My sister recommended I try Talkspace since she was using and enjoying it herself. I didn’t really click with the first therapist I was matched with, so I changed and got matched with the therapist I have now, Annette (Hi Annette!).

A lot of what we talked about was the fact that I was always so angry about the hand I’d been dealt in life, and that I felt broken. This became one of the main things we talked about and worked on — learning to accept who I was, mental illness and all, and reframing my mindset away from being “broken.”

With a lot of work, and a lot of time passing, I was noticing an actual shift in my mindset. Having mental illnesses doesn’t make me — or anyone else for that matter — broken. Hating myself and my diagnoses clearly wasn’t getting me anywhere. I was beginning to accept who I was — all of who I was — for the first time since starting my mental health journey. Coming to a point of acceptance rather than denial and anger was a game changer.

With this newfound acceptance, stable therapy, and a decent cocktail of meds, I felt HOPE! A glimmer of light and positivity…FINALLY! Accepting the fact that I had depression and was bound to be miserable from time to time ended up making me feel less miserable.

I never thought I’d say this, but in a weird way, I appreciate my mental illness. I always cursed it for making my life a living hell, making me question whether I even wanted to live. And yet, it’s taught me a lesson. Maybe mental illness has helped me appreciate the good moments in life in ways that all the “normal” people can’t.

I feel so much stronger because of what I’ve overcome, because I’ve made it out alive. My high school and college degrees mean more to me because I made it through without quitting. I’m so proud of myself for sticking out at those internships and jobs after college, where I struggled every single day.

Anytime I travel, I appreciate it a lot more, too. I missed out on so many opportunities when I was younger, from little things, like when friends had weekend-long birthday parties in other states (yes, this was a thing growing up on Long Island), or when I could’ve interned abroad in London and I turned it down because I was too scared.

In fact, traveling has been a type of therapy all its own. Traveling (especially solo) has proved to me that I’m stronger and braver than I think. A month long solo Eurotrip was especially transformative for me — and not because it was perfect. It wasn’t! I had several anxiety attacks, but I survived. There were certainly times when dark thoughts crossed my mind and I feared I’d slip into a depressive episode. I tried to focus on the fun I was having and the beautiful places I was seeing, which I never thought I’d get to see because I was too scared to do ANYTHING. The old Ashley was not brave, but the new Ashley was. But I also knew that if I had moments where I didn’t feel brave, that was okay too. If there’s anything I know for sure, it’s that not everyday can be a good day.

I began writing publicly about my personal struggles with mental illness, and articles about mental illness in general. People were reaching out to me, thanking me for sharing my own story, telling me I made them feel less alone, and that I was inspiring them! I couldn’t believe it. Soon after, I realized I had become the role model I wish I had when I was younger — a young woman who was her living life and facing her fears despite mental illness — and someone who was not afraid to talk about it.

Now, I’m an open book. In fact, I’m probably an over-sharer. I’ll talk about my mental illness to anyone, anytime — even to guys on first dates. Mental illness doesn’t define me, but it sure as hell is a part of me, so I might as well embrace it. I love to help people. I love to cut out the small talk. Let’s talk about our emotions and mental health. Let’s make each other feel less alone!

Without my anxiety and depression, I have no idea who I’d be today. Would I be as understanding or compassionate or empathetic? Would I know everything I know about psychology and mental illnesses? Would I have connected with others who suffer from mental illness in a way I never thought possible? Probably not.

Despite how weak I’ve felt in the past, I am so much stronger now — even on my “weakest” days. I don’t think I would be this strong if I didn’t know what it felt like to feel so weak. And, while a lot of the times I still wish I didn’t have to deal with the struggles I do — and sometimes envy the “normal” people — I know that type of life just wasn’t in the cards for me. Depression and anxiety may be life-long battles for me, but I’ve accepted it, and I’m ready to keep fighting head on.

Meditations on My Mother’s Mind

Part I: Anatomy of My Anxiety 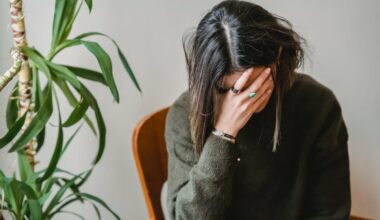 Clinically Reviewed by Minkyung Chung, MS, LMHC
Updated on 2/9/2022 Anxiety in teens can be common. According to the National Institute of Mental Health, it’s… 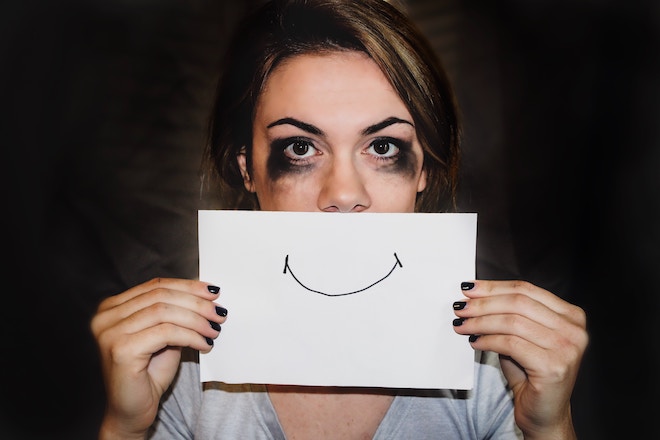 Read More
Published on: 26 Sep 2018
Many people struggle with the fear of success, fear of closeness, or fear of happiness. Let’s say your…